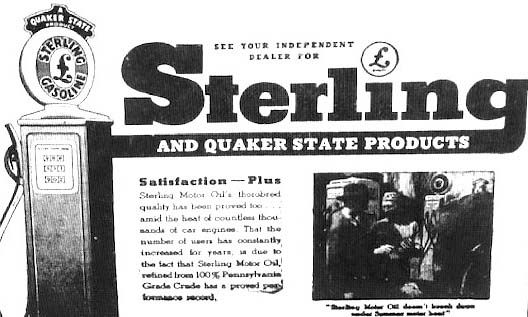 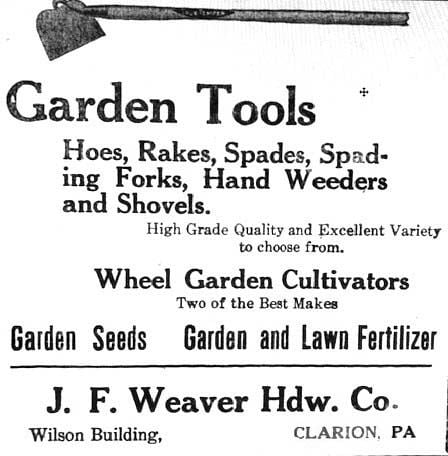 uThe Pennsylvania Commissioner of Labor has reported that there were 304 industrial workers injured in Clarion County in 1919 as opposed to 438 in 1918. There were seven fatalities, 127 were serious and 170 were minor injuries. Of that number 98 were injured in factories and 98 in mines and quarries.

uWomen and young girls were sworn in and served as election clerks when men could not be secured to act as election officers. Men refused to work long hours for low pay. The women made good.

uLast Sunday a number of persons were seen at the Indian Cave in the hill on the opposite side of the river to the north from Clarion. Soon after they left a forest fire broke out and it looked like the whole hill would be swept by flames. A lot of fire fighters were enlisted to subdue the flames. It ought to be investigated.

uThe new office of the Clarion Buick Company is now open to everybody. C.A. Williams is the president and manager and H.W. Spindler is the stockman. They now have in stock $7,000 worth of tires and tubes of all sizes and have a full line of automobile parts.

uThe Clarion Memorial Day service will be held at the First Presbyterian Church. The members of the Capt. J.B. Loomis Post 205 of the Grand Army of the Republic will host the service.

uA war show will be presented at the Clarion State Teachers College next Monday evening. A collection of Army combat vehicles and equipment has been assembled with veterans of overseas combat as operators. On display will be an 800,000,000 candlepower antiaircraft searchlight and other items including captured German and Japanese equipment.

uThe Clarion merchants have announced they will be going to the summer half-holiday schedule. During the summer months the stores will close at noon on Wednesday.

uCommencement exercises for the 22 members of the senior class at the Sligo high school will be held on May 24. The valedictorian is Arlene Sayers of Curllsville. The salutatorian is Josie Ann Hartman of Sligo.

uThe annual Memorial Day parade will begin at Seventh Avenue and Main Street and will proceed to the Clarion Cemetery. A Memorial Day service will be held at the cemetery.

uThe Selective Service Board at Clarion has announced the names of 45 men who were inducted into the armed forces on May 11.

uMembers of the Service Star Legion were honored with a covered dish supper at the American Legion. The mothers of the war's victims were honored.

uOne of the first Clarion County men to win an honorable discharge under the recently announced point system was T-4 Harry Welsh of Mayport who has spent 32 months in the European Theater of Operations. He was discharged from the service at Fort Dix, New Jersey.