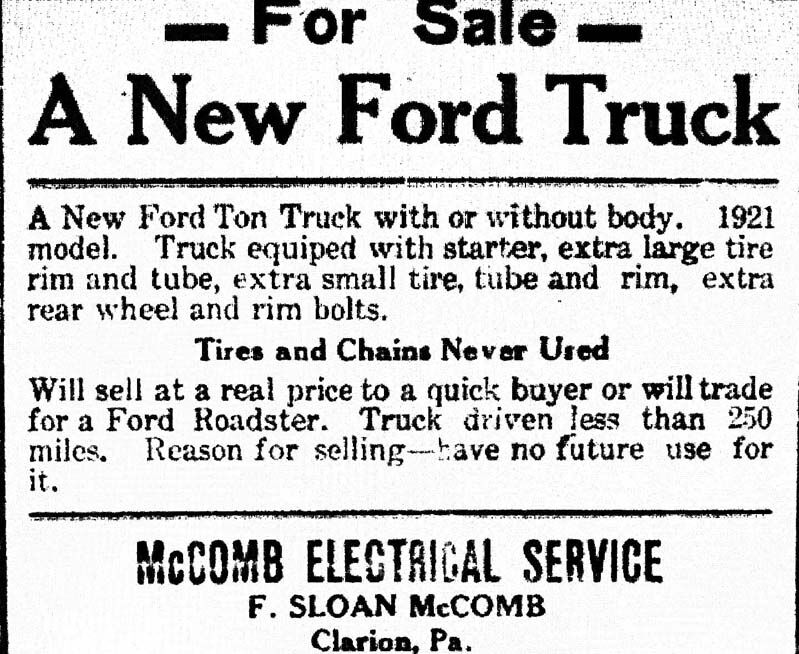 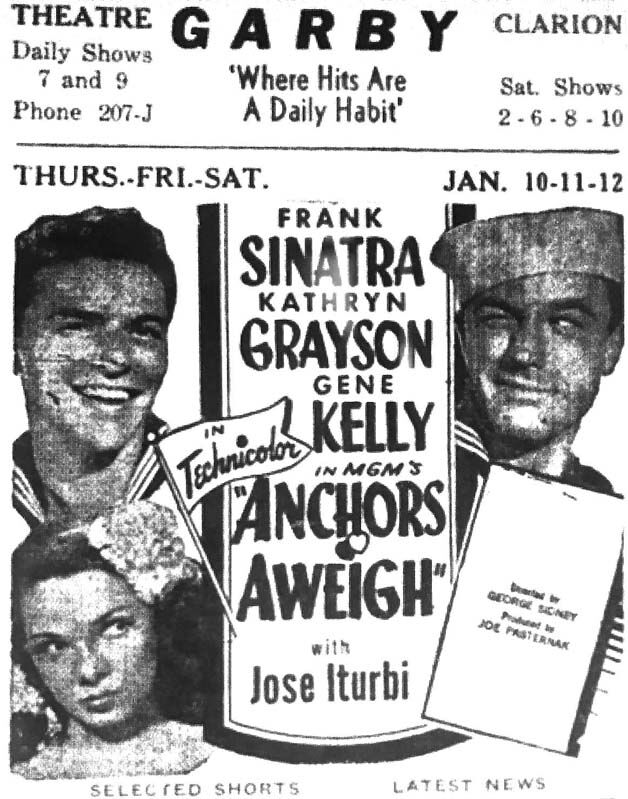 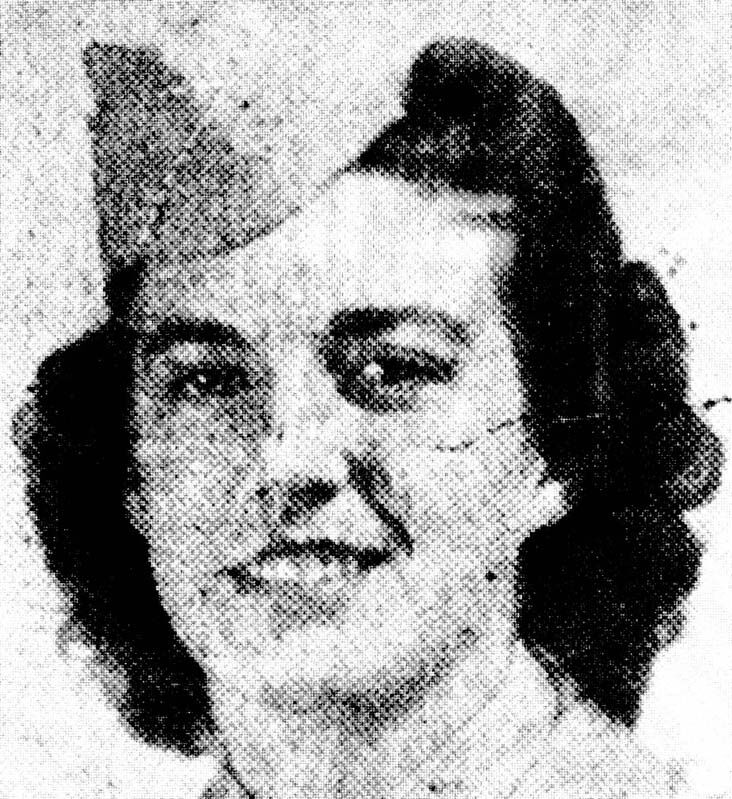 uThe Clarion County Sunday School Association held a very successful worker's conference on January 8 at Foxburg. Eight of the county officers and 20 district workers were in attendance. Each of the seven districts in the county was represented.

uWhooping cough and grip are prevalent in the Limestone area right now.

uThe young men of Crates have organized a basketball team.

The next to the last day of deer season Charles Eshbaugh of Brookville was hunting near Pigeon Run in Forest County with his uncle John who is 73 years old. Eshbaugh drove a fine buck to his uncle who put a ball through its head at a distance of 200 yards with his 38-55 Winchester.

uEstimates of 3,300 deer killed in Pennsylvania's game season were made by the Game Commission. This is greater than last season. During the hunting season reports show 41 persons were killed and 75 wounded. All but two were killed by carelessness in handling a firearm.

uThe Women's Christian Temperance Union will hold a market in the Kaufman building on January 15.

uIf everything goes right, the road between Clarion and Brookville should be completed by next winter.

uThe old year was gracefully let out of the back door by Clarion Lodge No. 252 of the I.O.O.F. and the New Year was let in the front door with a royal greeting.

uHenry Slater who lives near Waterson is bad news on raccoons and has killed or captured 18 of them this season. The amazing thing is that so many of them survived to vote the Republican ticket last fall. Go to it Henry! Keep it up until the next presidential election.

uThe public sale at the Loomis House gives the buying public an opportunity to get at their own price the best lot of beds and bedding ever offered in this county.

uPfc. Ella Hannold Tedstone of Callensburg received an honorable discharge at Camp Beale, California on December 20, 1945. Her husband is with the medical detachment in Okinawa.

uW.S. Tippin, the recently installed president of the Clarion Kiwanis Club, discussed the 1946 objectives at the club's dinner at the Coffee Shop. Mr. Tippin said the Clarion club will focus on aiding under privileged children and youth services.

uThe college would like to have the names and addresses of anyone who is willing to rent small apartments. There are two married veterans who are looking for accommodations at the present time. Indications are that there will be more calls when the second semester begins on Jan. 23.

uMore than 50 single veterans will enter the college for the second semester and Egbert Hall, the men's dormitory, will be filled for the first time since it was built in 1939.

uSergeant Francis X. Markley of Crates has been listed by the War Department as assumed to have died on an airplane flight from India to China on April 1, 1943. He had been listed as missing since that date. The sergeant was serving as a radioman on a B-24 bomber. None of the crew has ever been found.

uFirst Lt. William F. Mowrey of Clarion, who has been stationed at Hangchow Army Air Base as a P-51 Mustang pilot with the famed 23rd fighter group (Flying Tigers) is on his way home. He was awarded the Air Medal and two battle stars for his part in helping to defeat the Japs.

Fall in Love With These Valentine’s Day Decor Ideas