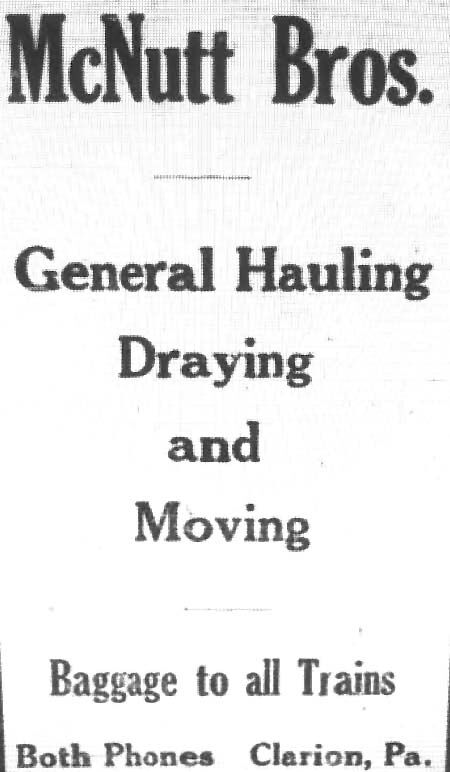 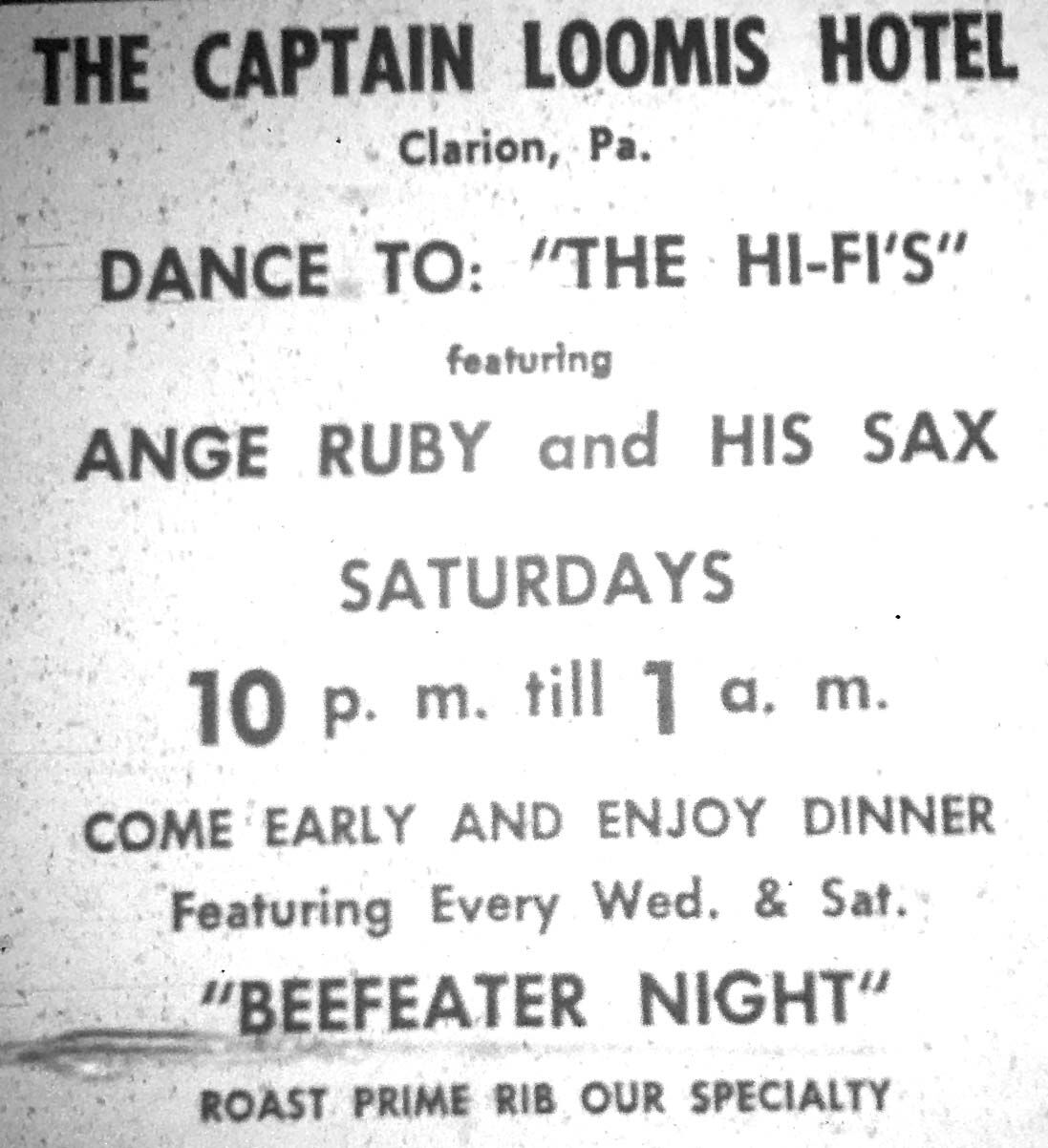 uThe American Legion has declared war on the hyphen and the "hyphenates." We never can make peace with those citizens who affirm allegiance to two masters. We do not want to German-Americans, Irish-Americans or Russian Americans but just plain Americans.

uOn Saturday the annual eighth grade examination will be given in several high schools. The student must present a recommendation from his teacher stating the pupil has completed the work, read the required books and committed the required poems. Pupils should report with paper, ink and pencils.

uO.H. Culbertson, E.A. Wilhelm, J.A. Ditz, F.J. Maffett, J.M. Owens and H.M. Rimer have procured title to the B&O lot in Clarion. They have laid out some 16 building lots and propose to sell all of the lots along Greenville Avenue and possibly a few lots along Eighth Avenue to such persons who intend to build dwellings of such character as to render this one of the best districts in the town.

uThere will be a dance in the Hall at Crates Wednesday evening. The Herman Orchestra of Clarion will furnish the music.

uAn explosion of gas in the furnace of the First Methodist Church of Clarion badly burned Charles Knapp the janitor around the face and hands.

uThe new storeroom of the Cherico Brothers in the old Weaver House is now completed and will open for business Friday.

uThe state Highway Department has awarded the bid for the construction of 39,184 feet of highway from Roseville to connect to Clarion Township to the L.H. Hileman Construction Co. Hileman's bid was $566,846 or $70,855 per mile.

uDr. Calvert Ellis of Huntingdon, president emeritus of Juniata College, will be the guest speaker at the annual Easter Sunrise Service at Cook Forest.

uThe Redbank Valley School Board has declared the head coaching position at the high school open. Robert Hepler, coach since 1965, attended the meeting and asking for an explanation of an article recently published in the local newspaper. The board issued a public apology to Hepler for not informing him of their thinking before making the public announcement.

uThe Fryburg Home and School Association will present the Beverly Hillbillies in St. Michael Hall on Saturday and Sunday.

uA contract for installing an exercise yard at the Clarion County Jail was awarded to Daniel Schmader of Lucinda. The work includes a ramp and a steel door at a cost of $5,400.

uBids will be opened on May 17 for a new Post Office in Sligo. The new facility will be in the business district and will 7,505 square feet.