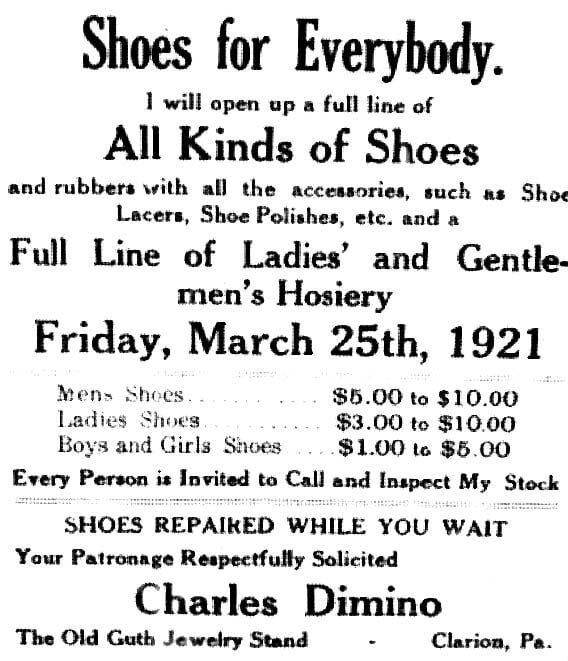 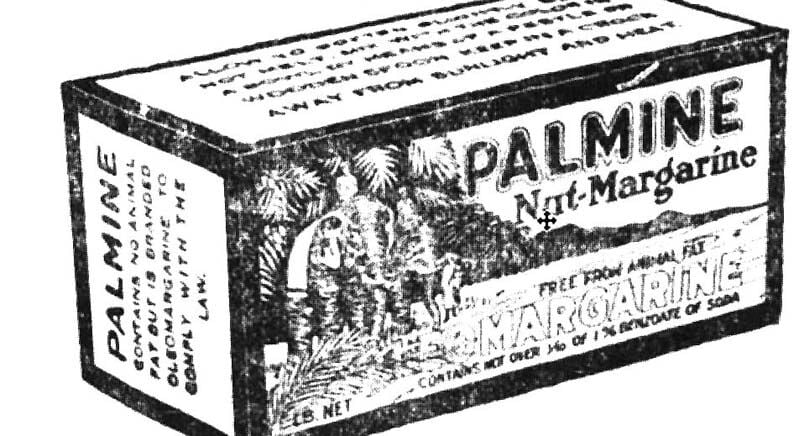 uThe United Doctors Specialists will be coming to the New Jones House in Clarion on April 11. They treat without surgical operations diseases of all internal organs. No matter what you have been told or the experience you have had with other physicians consult them on their visit. Married ladies must come with their husbands and minors with their parents.

uLast week we printed an ad for a dance to support the community building. We support the community building and want to help it in every way possible within right and reason. It does not seem fitting that public dances should be given in support of an institution like the Community Building. There is no character to a community spirit that will try to unload its responsibility upon the people who dance. A proper community spirit is one where each person does his part.

uThe Clarion Water Company, whose raise in rates has been protested before the Public Service Commission, filed their side of the case last week.

uThe body of Wesley Barger of East Brady buried Friday with full military honors under arrangements by the Jones-Conner Post No. 402 of the American Legion. He served in Co. I, 320th Regiment of the 80th (Blue) Division. He was killed in action in France on August 13, 1918.

uThe office of the Rimersburg Gazette was destroyed by fire Monday night. The cause was thought to be an overheated stove. It will be some time before the machinery and equipment can be replaced.

uA meeting was held at Parkers Landing to discuss a consolidated high school at Parker. This is a great enterprise and should succeed.

uFive year-old Jack Shumaker of New Bethlehem had a narrow escape from being run over by a train Monday. He was playing with a pet dog and both were in the middle of the track. The engineer saw him and brought the train to a standstill a few feet from the lad.

uThe Kingsville Base Ball Association has purchased three acres of land and will convert it into a first class athletic field. Harry Korb is the manager. Last season the boys won 30 of 38 games including the first 20 without a defeat. This year's team will be even stronger.

uMilutin Lazich, vocal instructor at Clarion State College will play the lead role in the forthcoming production of "South Pacific" which will be presented at the Marwick Boyd auditorium.

uMinerva Sansom and Ginger Joyce Shaffer, executive director of the Clarion County Recreation Council recently attended the American-Canadian Sports, Vacation and Boat Show in Cleveland where they distributed material to visitors promoting the advantages of vacationing in Clarion County.

uAn organizational meeting for the Clarion County Mini-Bike Club was held Friday at the Clarion Firehall. The club will be limited to members age eight through 15. The goal is to teach children safety and how to work on their bikes.

uDoug Pfendler of Leeper placed third in the Class III division at the National Champion Snowmobile race at Boonville, N.Y.

uMr. and Mrs. Ed Cyphert moved from the living quarters of the Clarion County Jail on Saturday. They had performed the duties of matron and warden for the past seven years.

Engage your kids with healthy snacks and family movies

What if you could dramatically improve your sleep? Here are 8 tips you can’t afford to miss

5 ways to put some spring into your cocktails

6 tips for hitting the road again