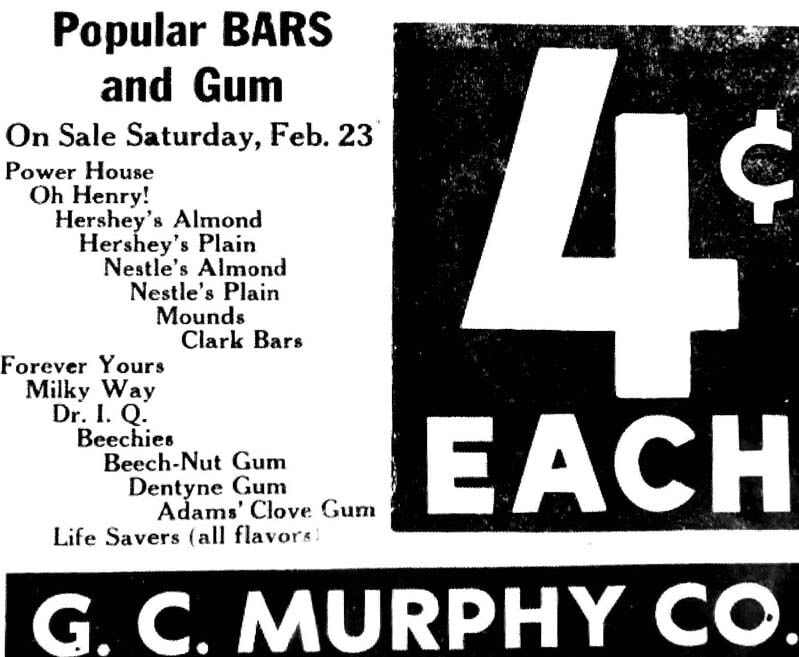 Clarion County Commissioners, T.P. Howard, W.G. Platt and B.F. Frill met with Highway Department officials in Harrisburg last week. The commissioners were assured there would be improvements to state roads in both the north and south parts of the county next year.

uThe two miles of county aid road in Beaver Township from the brick road to Blair's Corners will soon be ready for construction if everything carries out as planned.

uLittle boys in Clarion, some just beginning school, will insult people on their way to and from school and this state of affairs needs prompt attention. It is unpleasant to be annoyed by such things and to have one's house stoned. Some parents are to blame. Visitors say Clarion has the largest lot of ill-bred, unmannerly children of any place within a thousand miles. It is high time there was a change or Clarion will turn out as good a crop of bandits as any city.

uClifford J. Harriger of Clarion died following an unusual mishap with an automobile. On October 5 he was driving an auto and attempted to jump out of the driver's side. By some miscalculation he was thrown, with all of his weight, onto the auto horn. At first he was thought not to be seriously injured. It became apparent he had suffered serious injury and was taken to the Brookville Hospital where he underwent surgery to his abdomen. He was brought home where a reverse occurred leading to his death.

uE.L. Sayers, one of the best hog men in Limestone, killed an English Berk last week that weighed 584 pounds. If anyone in the county can beat this we would like to hear of it.

uThe Women's Freedom League in England has put a ban on the terms "fair sex" and "weaker sex." Also put on the female index are the terms "spinster" and "mother-in-law."

uThe Walter W. Craig Post of the American Legion in New Bethlehem was presented with two beautiful flags Sunday at the Andrews Theatre. One was the Stars and Stripes and the second bore the name of the post in gold letters. The post numbers 110 members.

uWomen's Army Corps (WAC) Technician 4th Grade Margaret Jane MacMillan of Shippenville was assigned to the Combined Chiefs of Staff in Washington, D.C. In her clerical role she handled secret and confidential material and files. Prior to joining the WACs she had been employed as a supply and purchasing clerk at the Middletown Air Depot. After her discharge she returned to Clarion and enrolled at the Clarion State Teacher's College under the G.I. Bill and is taking courses for a degree in political science.

uWilliam H. Lewis of Williamsburg was discharged from the Marine Corps and is at home. He served for two years in the South Pacific with the First Marine Division. He took part in the invasion of Okinawa and wears a Purple Heart for wounds he received in the invasion of Pelieu. He has been stationed in China since V-J Day.

uA new Clarion County Interscholastic Basketball League scoring record was set by Rhoads (first name not given), Clarion-Limestone forward, when he scored 32 points in a 58-23 win over Sligo.

uThree out-of-town juveniles were arrested here early Sunday and charged with curfew violations and drinking on borough streets according to police chief Joseph Volpe. The parents of the accused were fined $10 and costs.

uMax L. Henry of Sligo has received a lapel pin and a certificate from the Army Corps of Engineers for his effective work essential to the production of the atomic bomb. Mr. Henry served as a supervisor during the period when two of the A-bomb's ingredients were being developed on the campus of the Johns-Hopkins University.

uThe second semester at Clarion State Teacher's College showed an enrollment of 252 students, which is approximately the same enrollment as in the fall of 1941. There are 93 veterans enrolled and 157 boarding students.