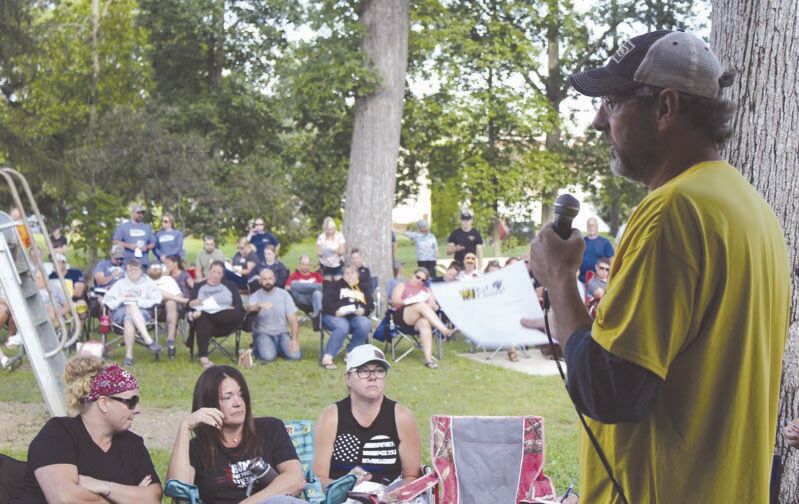 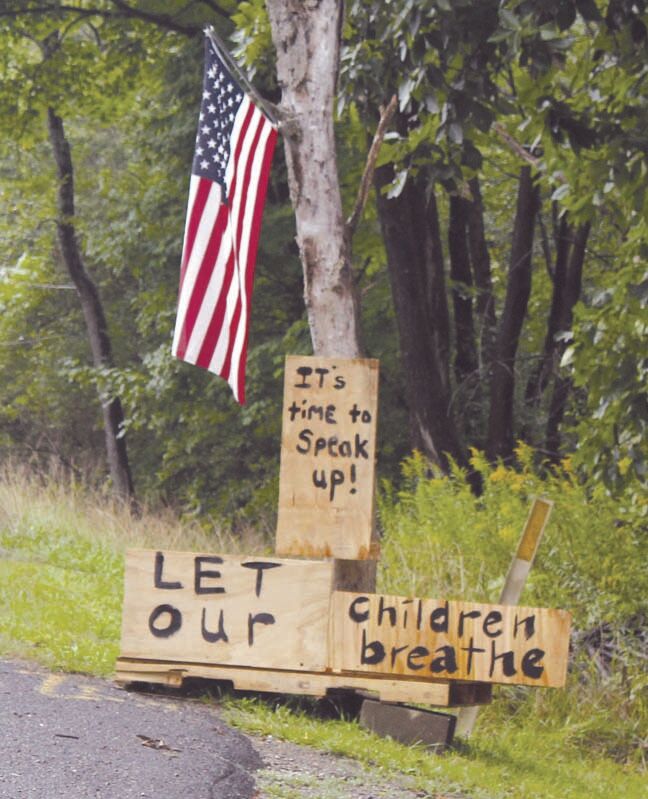 A sign along State Route 338 near Blairs Corners shows an anti-masking mandate opinion. 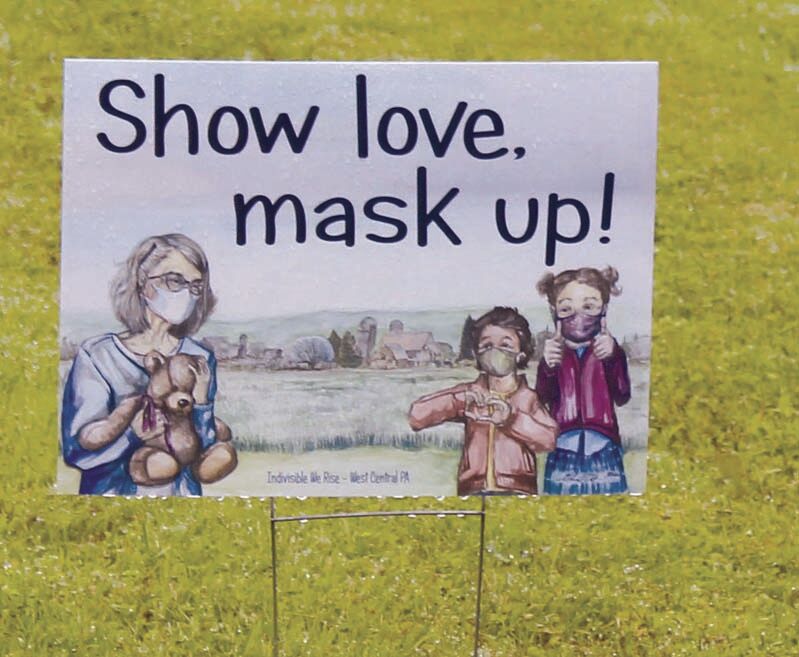 Also along State Route 338 near the village of Monroe is a sign encouraging masking, although it doesn't specifically address school masking.

A sign along State Route 338 near Blairs Corners shows an anti-masking mandate opinion.

Also along State Route 338 near the village of Monroe is a sign encouraging masking, although it doesn't specifically address school masking.

KNOX - "It's no longer an option to do nothing," Jason Say told a Labor Day gathering of about 200 people at Knox Civic Club Park. "We understand COVID is a risk. We're not here to argue if masks work or if the vaccine works we're here to argue, it's my kid and it's my choice."

Alternating between praise and criticism of the district's school board and administrators, Say and others spoke for just over an hour.

The groups aim is pushing back against a state mandate requiring students at public and private schools to wear facemasks effective Tuesday (Sept. 7).

The group encouraged parents to fill out a form letter to send to school administrators claiming a "face covering exemption." The letter claims the student should be exempted if they state a medical, mental health or disability that makes it unreasonable for the person to maintain a face covering.

The exemption letter further states the school should not enforce the face masking requirement when an exemption is granted or if it is unsafe to wear a mask or if requiring a face mask violates any state or federal anti-discrimination laws.

Say said more than 130 of the completed letters were delivered to the school by the close of business on Sept. 3.

Say said he did not intend to debate the pros or cons of face masks or vaccinations, but instead is concerned the mask mandates are part of an over-reaching state government and the masks are affecting students' mental and physical health and their ability to learn.

"Big city bureaucrats don't care about rural Pennsylvanians," Say told the audience. "But let's see (Wolf) come in and actually cut funding for Northwest Pennsylvania schools. It would be a public relations disaster."

Say did take Wolf and other state officials to task for enforcing mandates through threats of withholding funding or with possible criminal charges and civil liability against school administrators.

But Say also said he believes local school administrators are too quick to comply with mandates and to give into the perceived threats.

"Keystone went along (with the mandate) with no fight whatsoever," Say said. "I know I'm going to lose friends over this. I've already received threats."

With parents and taxpayers in the audience from Keystone, Alley-Clarion Valley, Clarion-Limestone, North Clarion, Clarion Area, Brookville and Cranberry, Say suggested people go to their home school boards and tell those officials to push back against the mandates.

If those school boards and administrators refused to do so, suggested Say, parents should pull their children from public school enrollment and place them in cyber-schools.

"I want to walk into that school board meeting (Sept. 20) and say we have 300 parents who are going to send their kids to cyber-school," said Say. "And we have to be prepared to call the school board's bluff."

Say acknowledged such action could "bankrupt" local school districts as the districts would have to pay upward of $10,000 per student for the cyber-schooling.

But that could lead to even more decisions being taken out of the local school board's control.

According to the state Department of Education, public school districts that enter into bankruptcy, receivership or are declared financially distressed are placed under state control with all decisions regarding budgets, taxes, staffing, instruction and other operations made by a state-appointed board. Control of the district returns to the elected school board only when the state moves the district out of a financially distressed designation.

Say encouraged the audience members to go to their respective school board meetings.

"We have to get them (school boards) to change their policies of We're going to do what Gov. Wolf tells us we have to do,'" said Say.

Say predicted there will be "a lot of effort to paint (the group) as a right-wing effort."

Say encouraged anyone going to a school board meeting to "be honest and be respectful."

But Say also said the group needs to be strong.

"We can peacefully protest," said Say. "We can make life miserable for our school board members and administrators. I hope we don't have to go that way, but we can."

Late Friday afternoon (Sept. 3) Keystone School District Acting Superintendent Michael McCormick issued a one-call message to parents and a letter was sent out stating based on advice from Keystone School District's legal counsel, the district would fully implement the mask mandate on the morning of Sept. 7, 2021. Students, staff and visitors will be asked to please wear a facial covering while on school property.

McCormick added, "However, we also are committed to ensuring all stated exemptions in the order are allowed, including medical exemptions provided by a doctor.

"Additionally per the order, Keystone School District will not be removing students from class or from school for their refusal to wear a mask. We also will not be disciplining students for not wearing facial coverings.

"Our enforcement for the order will be to offer masks and face shields to anyone not wearing them to ensure students and visitors have this resource at their disposal."

McCormick said Tuesday morning students had entered the elementary and high school buildings and those without masks were offered a face covering but no student was forced to take a mask or wear a mask against their wishes and no student was barred from entering the building.

You Can Help Create a Future with Better Lyme Disease Diagnosis

How Schools Brought Community Together, Even While Apart