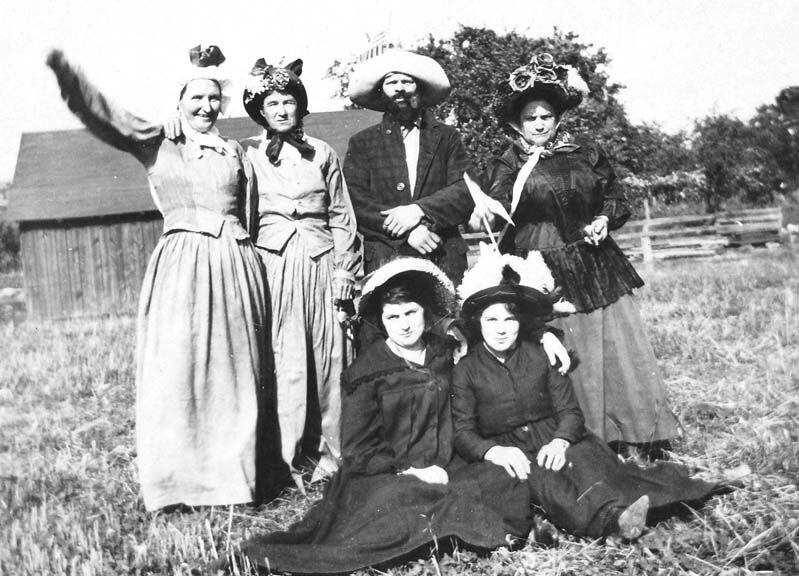 A group of friends and family pose for a photo taken during Fryburg's centennial celebration in 1920. 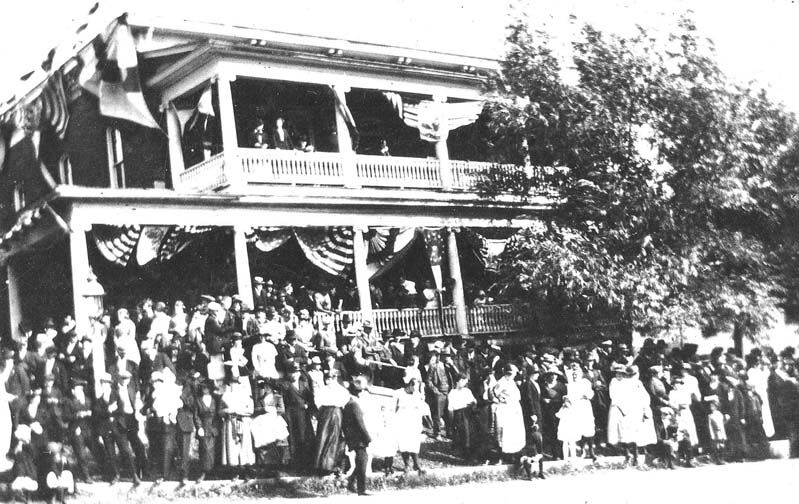 A crowd gathers for a photograph in front of the Washington House in Fryburg during the centennial celebration of 1920. 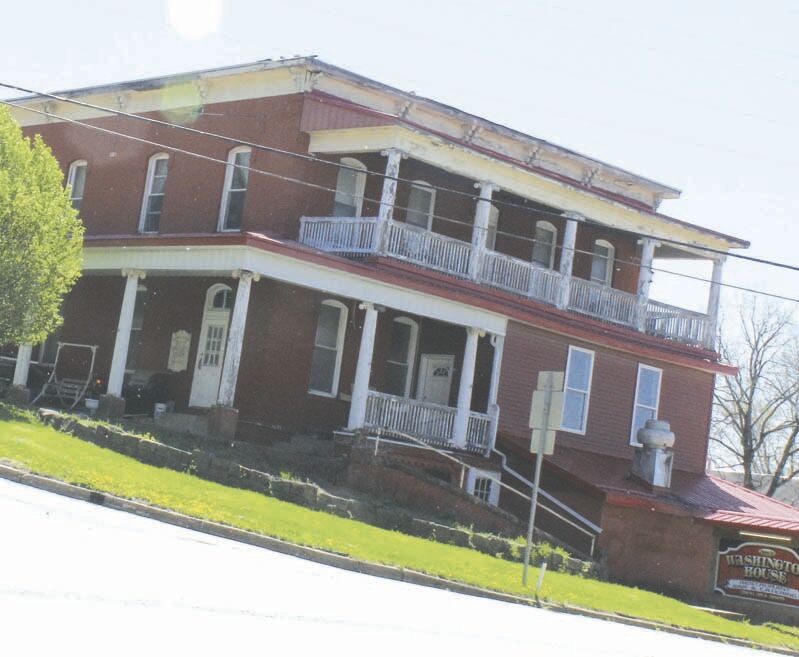 The Washington House as it appears today. The Fryburg landmark is still the home of fine dining and good times.

A group of friends and family pose for a photo taken during Fryburg's centennial celebration in 1920.

A crowd gathers for a photograph in front of the Washington House in Fryburg during the centennial celebration of 1920.

The Washington House as it appears today. The Fryburg landmark is still the home of fine dining and good times.

Editor's note: Most of the following information is compiled from the "History of Clarion County" written A.J. Davis in 1887. All spellings and dates are attributed to that history. This history should be read and considered as current as of 1887.

In our last installment, we covered some of the family histories associated with the township. In this installment we look at the towns in Washington Township and some early industry.

Fryburg, the principal village in Washington township, has a population of about 175 (in 1877).

It derived its name from Fryburg in Germany, from whence a number of settlers in the immediate vicinity came.

When the name was given it, some were in favor of calling it Kappsheim, and others in favor of Fryburg.

It was left to a vote, which resulted in favor of Fryburg. It is one of which is the highest point in Clarion County.

The first building in the village was erected by John Markley in the year 1835.

The next building was built by Keyler, long known as the Grable Kouse, later owned by Joseph Siegel. Simon Ullman had the first store in Grable's house.

Ditz's Hotel was built in 1849. It burned down in 1879, and was replaced the same year by a large, substantial brick hotel building.

For business the town will compare favorably with towns similarly situated. The climate is healthy, and the water good and pure.

Lickingville, situated on the road from Fryburg to Tylersburg, at the intersection of the road to Newmansville and Tionesta, is a quiet village of one hundred inhabitants, having one hotel, four stores, two churches, and one schoolhouse.

Lineville is now known as Venus. The name Lineville originated from the town being on the county line between Clarion and Venango counties. The first house was built in the year 1845, by Henry Zink, who afterwards disposed of it to Amos Owens, and then it was owned by John Zigler.

The business part of the town is now in Venango County.

Newmansville is a village at the northeast corner of Washington Township. The first building was a store-house built by David Bowman, in 1867, now owned by his son, J.C. Bowman. The name was given it by the post-office department. They refused to call it Bowmanville, and named it Newmansville.

It also contains one hotel, one blacksmith shop, one stave mill, and one Free Methodist Church.

Jamestown, (now known as Marble) a village one mile south of Fryburg on the Shippenville road, was started in the year 1873.

The planing-mill was afterward moved to the Pittsburg and Western Railroad, near Tylersburg.

The villages of Fryburg and Jamestown are connected by plank and board sidewalk.

In the year 1843 and 44 three furnaces were started in Washington Township. Clinton furnace, started by Moore and Seymour, afterward owned by Samuel Plumer; Hemlock furnace, also on Hemlock Creek, started by Fetzer and Maguire, owned next by John Homer, and afterwards by Faber; and Licking furnace, started by Ohler Siegwarth and Company, on Licking Creek.

There were about 2,000 acres of land owned by the Clinton Furnace Companies, on which they burned their charcoal. The other companies got theirs burnt through the country. The ore was taken from lands of Henlen, Siegwarth, Kapp, Jacob Lilligh, David Dahle, and Jacob Ditz.

The furnaces while they ran were a great help to the new settlers; brought in a great many others, and times were livelier than they have been since.

Clinton shut down after the frost in 1859, and the others about the same time.

Wish kids made game-related requests during pandemic: How one company helped

Does Your Child Have a Peanut Allergy? Learn about a Treatment Option

Turn on ambiance, turn off mosquitos