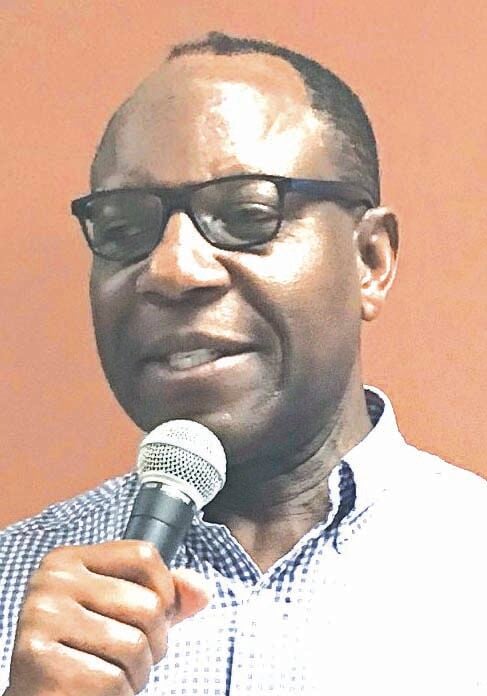 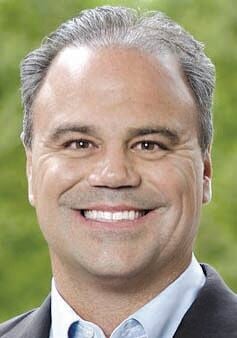 CLARION - Two Republican candidates seeking their party's nomination of governor in the upcoming 2022 election recently visited the area and gave GOP audiences a preview of their campaigns.

"Pennsylvania dying," said the Cameroon, Africa, native. "It needs a heart surgeon. Our governor has destroyed this state. COVID upended our state. We have seen a higher incident of suicide, mental depression and the governor said nothing about it."

Zama continued, "Last year, I watched how COVID was being mismanaged by the governor of Pennsylvania and I saw people dying in the hospital, I realized something was wrong. There comes a time in life when silence is betrayal. That time came for me last year."

Zama related how his mother died in his arms during childbirth when he was 10 years old because his village had no doctor.

"That was a pivotal point in my life," Zama explained. "I decided at that moment that I wanted to be a doctor so that no other mother would suffer like she had suffered and no other child would have to watch their mother expire."

Zama said that through the support of Peace Corps volunteers he was able to immigrate to the United States.

"I arrived in New York City with $20 in my pocket and the hope in my heart," he said.

He said he lived in the YMCA until a good samaritan took him in. He earned a Master's Degree in chemistry and a Master's Degree from Harvard. He studied medicine at the Harvard School of Medicine before working at the Cleveland Clinic before moving to Pennsylvania 20 years ago. He retired from his medical practice in November.

Zama said in his administration Pennsylvania would never be a sanctuary for illegal aliens.

Zama believes voter integrity has to be restored.

"Nothing will erode democracy like election irregularities. If my vote doesn't count, democracy means nothing to me. As a leader I will carry the banner for voter ID. We can't have illegal immigrants coming in to boost the numbers on the other side. I am all for performing an autopsy on the last election," Zama said.

"I am all for the Second Amendment. It has been arrested and jailed too many times. Guns don't kill, people kill people," Zama said. "We need to start getting to the root cause in this state."

Zama is pro-life. "Every human being alive should be pro-life. It should never even be a discussion. I am pro-life and I will stand by it until I die," Zama said.

"We should continue fossil fuels in the state but we have to be the leader in clean energy research. Then we will be ready for that transformation. We are not ready now," he said. "Right now you can't run industry on windmills but in the near future, we can make that transition. What are you going to do with the lithium in your electric batteries? We need people who can make intelligent decisions. Not decisions based on politics."

Zama said, "Critical Race Theory is the worst poison that this nation will face. The survival of this nation is predicated on the future of our children. If they start to inject this poison it will destroy America, as we know it. How do you address generational suffering by instilling generational pain and guilt? That's just crazy. I call it a virus because over time a virus mutates and spreads."

The doctor addressed the budget problems facing the state. "I don't have all of the answers to our budget problems. I have Harvard MBA but that doesn't qualify me to run the lemonade stand down the road. One of the problems to growing business in this state is that there are too many regulations. You reduce costs by increasing efficiency," Zama said.

Zama said we spend billions of dollars for education with poor results. "I would demand success metrics. We keep recycling ideas that don't work," he said.

Pittsburgh attorney Jason Ritchey is running for governor of Pennsylvania because he "loves his boys."

"Pennsylvania has been on the decline for the last 50 years, said Ritchey during a campaign stop in Jefferson County. "I am running for governor because I love my boys and I love my family but there have been too many families that have left Pennsylvania. I don't want that to happen anymore."

Ritchey attended Allegheny College in Crawford County and attended Ohio State University. Ritchey graduated in 1996 and returned home to Pittsburgh to work at one of the largest law firms in the world, K&L Gates LLP.

Ritchey is critical of the way Gov. Tom Wolf handled the COVID-19 pandemic.

"We have a governor who sent COVID-positive cases back to the nursing home at the same time his secretary of health took her mother out. That showed that they knew had a harmful policy and they kept going on with it," Ritchey said.

Ritchey said the governor was picking winners and losers.

"Walmart was OK to be open but mom and pop stores were not. His cabinet-making business was allowed to stay open but a competitor, making the same product, was not," said Ritchey.

Ritchey said Act 77 allowed for 50 days of mail-in ballots. "That was unconstitutional," he said. "The Pennsylvania Constitution says voters will go to the polls but allows for certain exemptions for people to vote with an absentee ballot. The mail has existed since the 1700s and we never thought it was a good way to vote."

Ritchey said there was widespread ballot harvesting in Philadelphia.

"When you are in the voting booth no one knows who you are voting for. There is no pressure on you," he said. "But when you can vote from your apartment and someone comes knocking on your door with a ballot, it is different. I do not believe the integrity of our elections will return until Act 77 is repealed."

Ritchey is also opposed to the creation of sanctuary cities. "There are people who want to make Philadelphia a sanctuary city," he said. "We cannot allow for that to happen. If the president of the United States wanted to send illegal aliens to Pennsylvania, I would look him in the eye and say no."

Ritchey believes in cutting the size of government and a zero percent tax rate for companies coming into Pennsylvania.

Ritchey added, "I will greatly reduce regulations that plague businesses trying to operate here, provide more flexibility for local governments to run their affairs, and limit state spending to the guidelines under the Taxpayer Protection Act."