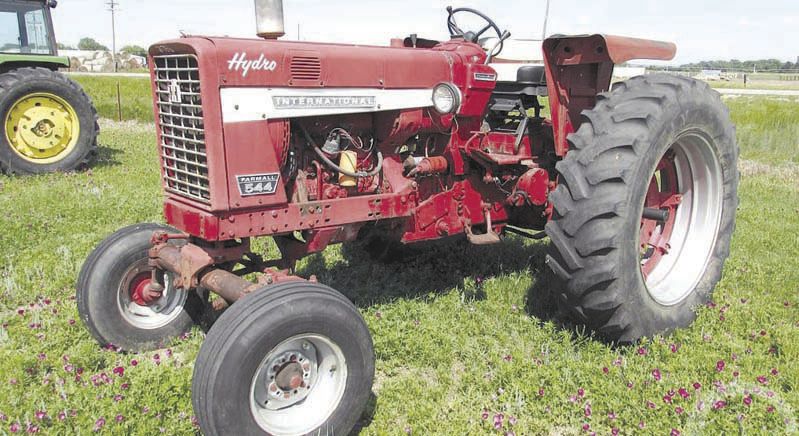 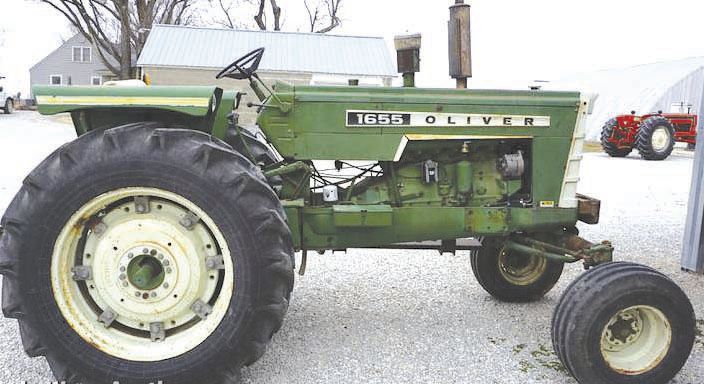 The tractor pull that wasn't

I've told a few stories here over the years. There are many more I haven't told. Some of the "haven't told" stories include some adventures my mother doesn't want to know about.

Even at my age she doesn't want to know about some of the things I did in fits of dumbness all those years ago.

But today's "haven't told" story has remained locked away for the benefit of my father it was just better he didn't know.

The kicker is, it's a story about something that didn't happen.

So, as a Fathers Day gift, here's a tale about some trouble that never happened.

My high school friend Kevin Murray lived on a farm on the West Freedom side of Callensburg.

I'm not sure what teenage boys argue about these days maybe how fast their smart phones can download the latest song from the pop tart of the day but in 1982 we argued about the best and toughest brand of pick-up trucks, the fastest cars, the best rifles and tough football players.

And in the case of the vocational agriculture classroom the best and strongest farm tractors.

Over at Kevin's place, the main beast was an International 544 a 45-horsepower tractor.

I don't remember if we actually knew the horsepower ratings of the tractors that day at lunch. It really didn't matter.

The discussion came down to which tractor could "drag the other around the field."

It was decided the only way to find out was get together in a field somewhere, chain them together and give it a go in opposite directions.

Of course neither of us owned anything of value to put up as a wager and neither of us could bet the "pink slip" for tractors we didn't technically own.

(Imagine: "Where's the tractor, son?" "Oh, I lost it on a bet in a muddy field over in Turnip Hole, Dad." That just wouldn't have gone well.)

We didn't have any money and back in those days nobody owned tennis shoes worth more than their new socks.

No, this contest was for pure bragging rights. Oliver versus International. A pulling contest for the ages. We had talked too much trash. We couldn't back down.

I don't know what Kevin was thinking. But I was wondering how I was going to get the big tractor away from the farm unnoticed, drive it half-way to Callensburg, out-pull Kevin's tractor and get back home without Dad finding out, or noticing the fuel consumption or the wear on the tires.

And, I was pretty sure he wouldn't approve of such a contest because he seemed to believe any time I operated any piece of equipment around the farm from a tractor to a shovel I was deliberately trying to "smash it up."

Kevin mentioned a safety concern. When pulling anything with a chain, you had to be extremely alert and cautious as the chain could snap and its whiplash could take your head off.

Yes, we had been warned of that in Ag class and Dad had mentioned it many times.

If that chain was to snap as our two mighty tractors pulled in opposite directions, it could whiplash toward one of us and rip our head off.

That guy would be the lucky one.

Obliviously a headless tractor-man would be unable to steer and if the tractor continued on its way and damaged something, that guy would be in some serious trouble at home, headless or not.

Maybe I was sensing a little bit of doubt in Kevin's mind? Maybe he was looking for a way out of this

I saw an opportunity.

I had misjudged Kevin's words. There was no apprehension at all.

"OK, well, when and where?" Kevin asked.

I knew Dad would be gone for a little bit Saturday morning. He always met up with my Uncle Carl in the mornings to discuss shared equipment use and news of the day.

But that hardly ever took more an hour at most.

I took another gamble.

"How about Saturday morning at Martin's farm?" I suggested.

Martin Whitmore was sitting there taking it all in. The fourth member of our association, Scott Dilley also looked on.

They would serve as our pit crews.

T'was the spring of 1982 it was. Graduation was coming in a few weeks.

Somehow, the first scheduled Saturday pull was delayed by an inability by one or both us to get to the battlefield.

But the trash was still talked and the tractor pull to settle the debate was still on. Then delayed, then on, then delayed.

Kevin joined the navy was out of town for a few decades.

Scott and I joined the army. Martin farmed his family spread and drove school busses.

I emailed Kevin last week and asked if he still has access to his International.

He said he believes it was sold to either C&K Coal or to another fellow on the Sligo side of Callensburg. And Kevin lives in New England now.

I would tell Kevin to show up or forfeit but my old high school friend might just show.

So I'll keep my mouth shut, Kevin and I won't risk get our heads whiplashed off by a snapped chain and Dad can relax on Fathers Day knowing I'm nowhere near his 1655.

The author is the editor of the CLARION NEWS.