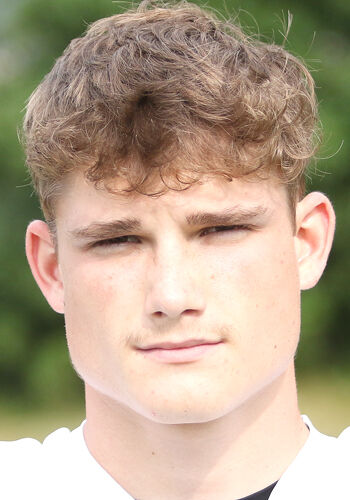 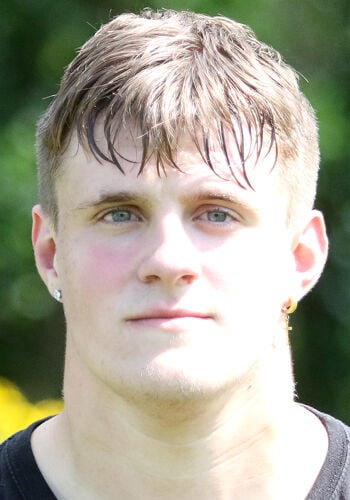 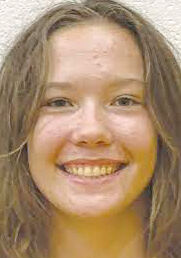 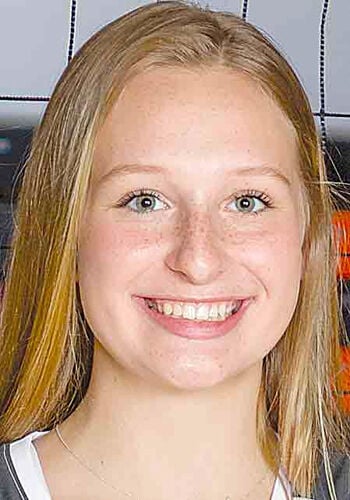 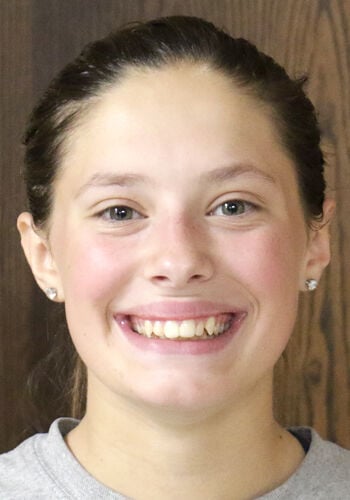 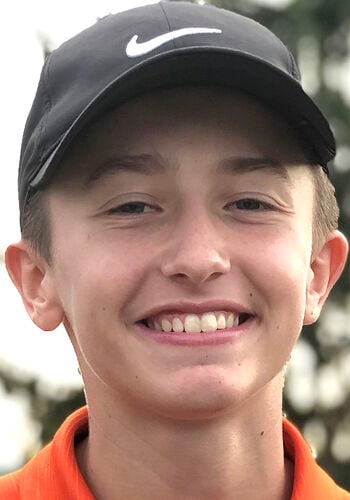 KNOX Keystone quarterback Bret Wingard had a hand in all four of the Panthers' scores as Keystone downed visiting Brockway 24-6 in a District 9 Small School South tilt Sept. 10.

Wingard completed touchdown passes of 27 and 10 yards to Zander McHenry. Wingard also ran for a 2-yard score and returned an interception deep inside Brockway territory which set up a 26-yard Nick Cosper field goal.

Wingard completed 11-of-22 passes for 145 yards and two scores while rushing for 13 yards on 13 carries with the one touchdown.

McHenry had five catches for 83 yards and the two touchdown grabs.

Tyler Albright had two interceptions for the Panthers.

NEW BETHLEHEM Redbank Valley jumped out to a 37-0 lead at halftime on the way to a 51-0 win over visiting Elk County Catholic in District 9 Small School South play Sept. 10.

Shreckengost crossed the goal line on runs of 3, 1 and 17 yards.

Redbank Valley quarterback Bryson Bain connected on 10-of-13 passes for 196 yards with one touchdown and one interception.

Bain also ran for a score.

Tate Minich hauled in three passes for 81 yards including a 61-yard touchdown for the Bulldogs while Rylan Rupp had three grabs for 66 yards.

Gunner Mangiantini ran for a touchdown for Redbank Valley while Brandon Ross returned a punt for a score.

Keystone swept Oil City, Venango Catholic and Franklin in pool play while splitting with Mercer to earn the top seed.

The Panthers beat Titusville in the quarterfinals and Cranberry in the semifinals. Keystone downed Karns City 25-13, 20-25, 16-14 to claim the championship.

WEST LAWN Clarion Area's Korrin Burns amassed 44 kills, 13 digs and 17 points with eight aces to help the Bobcats to the quarterfinals of the Wilson tournament Sept. 11.

Clarion went 5-3 in pool play sweeping Central Dauphin and Hatboro Horsham before splitting with Allentown Central Catholic and being swept by Freedom. Freedom is the No. 6 ranked team in the state in Class 4A.

Clarion fell in the quarterfinals to Unionville by a score of 25-13. Unionville went on to win the tournament and is ranked No. 3 in the state in Class 4A. Unionville was also the state runner-up in the PIAA Class 4A championships last year.

Brianne Pierce had 31 points and 19 digs for the Bobcats while Noel Anthony totaled 65 assists, 12 points and 12 digs while Aryana Girvan pounded home 13 kills.

Meah Ielase chimed in with nine kills and 14 digs for A-C Valley while Jenna Stefanacci dished out 20 assists. Bella Iealse followed with 16 digs for the Falcons while Mackenzie Parks made nine digs.

Grace Ochs had 13 points with five aces and two digs for the Bobcats while Payton Simko had eight points and four kills. Brianne Pierce and Jordan Best each served for six points for Clarion while Korrin Burns and Hadlee Campbell posted six and four kills, respectively.

Jenna Stefanacci dished out 12 assists for the Falcons while Mackenzie Parks had seven digs.

Alyssa Wiant and Ruby Smith each had five kills for C-L.

Caylen Rearick and Carlie Rupp each had 14 digs for the Bulldogs while Lily Shaffer had 22 assists.

Ruby Smith had eight kills and five aces for C-L while Kendall Dunn made 25 assists and Celia Shaffer served for five aces.

NEW BETHLEHEM Redbank Valley's Quinn Fricko posted a hat trick and had an assist to help lead the Bulldogs to a 12-0 win over visiting Oil City in non-conference play Sept. 11.

Reagen Beamer Lily Neiswonger, LeighAnn Hetrick, Keja Elmer and Emma Kemmer each tallied a goal for the Bulldogs with LeighAnn Hetrick dishing off an assist. McKayla McGuire also had an assist for Redbank Valley.

CLARION Visiting Forest Area jumped out to a 3-0 lead and held off a second half Clarion rally to down the Bobcats 3-2 Sept. 9.

Olivia Siegel, Emily Best and Shawna Pack had the goals for Forest Area with Best also making an assist.

Lexi Coull and Anna Gribik each had a goal for the Bobcats. Emma McFarland made 22 stops in net for the Fires.

KARNS CITY Reagan Beamer had a pair of goals but it wasn't enough as the visiting Bulldogs fell to Karns City 9-3.

Ember Hetrick also had a goal for the Bulldogs while Alexandra Shoemaker posted an assist.

McKenna Martin had five goals to lead the Gremlins.

CLARION TWP. - Clarion-Limestone's Bailee Verdill had a hat trick and dished off two assists to help the Lions to an 8-1 win over visiting Forest area Sept. 9.

Cody Whittling followed with a goal and an assist for C-L while Thomas Uckert, Wyatt Boyden, Nate Megnin and Brock Smith each garnered a goal while Jameson McIlwain and Carter Brown each had an assist.

The Lions' Clara Coulson followed with a 69th place finish while Jessica McCracken was 70th, Olivia Radaker was 76th and Aaron Madison was 149th.

North Clarion finished 17th in the team standings with Brynn Siegel leading the Wolves with a 34th place finish. North Clarion's Jordyn Hendrickson was 54th while Kayla Aaron was 96th, Kaylee Castner was 146th and Emily McCaslin was 165th.

Clarion's Bella Scott was the Bobcats' lone runner and she finished 17th overall.

KNOX Keystone's Cailyn Heilman finished first in the girls' race with a time of 26:15 in a non-conference dual meet with visiting Neshannock Sept. 9.

Neshannock did not have enough runners to qualify for the team scoring.

Keystone's Sam Heller followed with a third place finish while Kenna Lloyd was fourth, Viola Villori was seventh and Noelle Booth was eighth.

The Wolves' Aiden Thomas was 70th while Gabriel Fair was 78th, Dane Sliker was 106th and Braden Custer was 126th.

Clarion-Limestone finished 20th in the team standings with Logan Lutz leading the Lions with a 41st place finish. Jack Craig finished 112th for C-L while Corbin Coulson was 115th, Cody Whitling was 118th and Braden Custer was 126th.

Clarion Area was led by Ben Lambert who finished 122nd while Philip Bartley was 131st and Owen Wilson was 223rd. The Bobcats didn't have enough runners to qualify for the team standings.

Keystone did not have enough runners to qualify for the team event.

TIONESTA Clarion Area had five golfers finish in the top five as the Bobcats won their fifth Megamatch at Hunter Station Golf Course in Tionesta Sept. 9.

The Bobcats' Devon Lauer finished second with a 40 while Owen Kriebel was third with a 42 and Kam Kerle was fourth with a 46. The Clarion duo of McKayla Kerle and Lucas Mitrosky finished tied for fifth overall as each shot a 47.

The Bobcats finished 32 strokes ahead of second place Cranberry.

Clarion-Limestone's Jordan Hesdon finished tied for fifth overall with a 47 as the Lions finished fourth in the team standings.

Rylie Klingensmith added a 54 for the Lions while Nick Aaron, Brady Fowkes and Kaden Ferguson each shot a 59.

Forest Area's Keyon Custer shot a 48 to finish tied for eighth as the Fires finished fifth in the team standings.

Zeelan Hargenrader added a 56 for Forest Area while Ty Brown shot a 59 and Mason Shaftic shot a 64.

Alex Huffman paced Keystone with a 71 while Tyler weaver and Tyler Burns each shot a 72.

How to change the oil in your Parker transmission [Video]

How to support the caregivers in your life

Nervous about driving in winter? Try this hack and forget the forecast