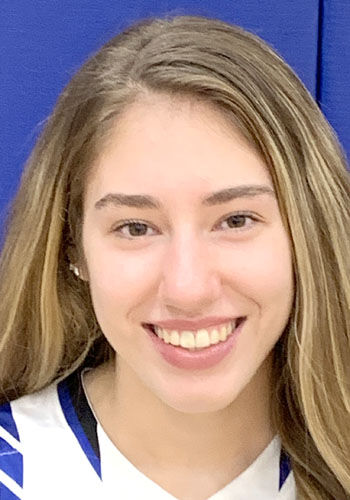 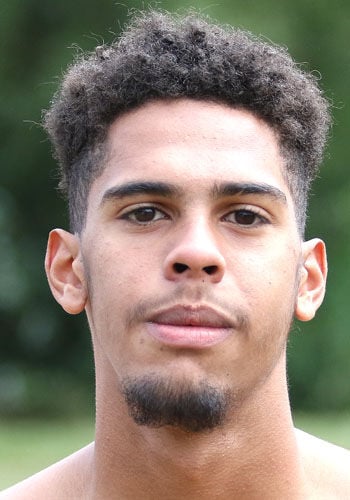 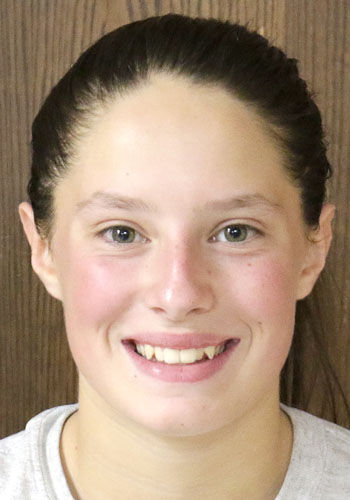 Kessler wins a pair of events at Redbank Valley quadrangular

NEW BETHLEHEM - Clarion-Limestone's Brooke Kessler won both the high jump and the long jump at the Redbank Valley quadrangular May 1.

Kessler had a jump of four-feet, seven-inches to win the high jump and had a leap in the long jump of 16-feet, eight-and-a-half inches.

Clouse won the 100 with a time of 13.76 while Davis won the triple jump with a mark of 32-feet, four-and-a-quarter inches. Foringer won the discus with a throw of 104-feet, five inches while Henry won the pole vault with a mark of nine feet and Pago won the high jump with a leap of four-feet, seven inches.

No team results were available at press time.

Thompson won the 400 while teaming with Rachel Bauer, Bella Scott and Evelyn Lerch on the winning 1,600-relay while Thompson joined Brynn Siegel, Kayla Aaron and Jordyn Hendrickson on the victorious 3,200-relay.

Scott, Bauer and Taylor Sherbine were double-winners for North Clarion with Scott winning the 800, Bauer winning the 1,600 while Sherbine was first in the 100 and 200.

Adding first place finishes for the Wolves were Shawna Pack in the 100-hurdles, Emily McCaslin in the high jump, Rebekah Ketner in the shot put, Gabby DiDolce in the discus and Alana Brooks in the pole vault.

Jozee Weaver was a triple-winner for the Panthers posting individual wins in the 300-hurdles and the javelin while joining with Faith Young, Samantha Heller and Zoey Morrison in the 400-relay.

Young, Heller and Morrison were double-winners with Young being first in the triple jump, Heller won the 3,200 and Morrison won the long jump.

SENECA - Redbank Valley's Claire Clouse won three events to help the Bulldogs to an 89.3-59.6 win over Cranberry in a KSAC dual meet April 28.

The Bulldogs Raegan Beamer and Kaitlyn Davis also ran a leg on the 400-relay with Beamer winning the triple jump while Kaitlyn Davis won the long jump.

Buzard takes a pair of firsts at Brookville quadrangular

BROOKVILLE - Keystone's Koby Buzard took firsts in both the 800 and the 1,600 at the Brookville quadrangular May 1.

Also posting first place finishes for the Panthers were Josh Beal, and Drew Slaugenhaupt. Beal had a throw of 116-feet, 10-inches in the discus while Slaugenhaupt made a leap of 37-feet, nine-and-a-half inches to win the triple jump.

Mansfield won the long jump with a mark of 21 feet and posted a leap of 43-feet, five-inches to win the triple jump.

Union's Hayden Smith and Dawson Camper each had a first place with Smith taking first in the high jump with a mark of five-feet, eight-inches while Camper won the shot put with a throw of 45-feet, 11-inches.

Buzard won the 800 and 1,600 while joining Logan Sell, Taylor Albright and Kyle Nellis on the winning 1,600-relay while teaming with Albright, Josiah Hansford and Quincy Hannold.

Sell finished as a triple-winner taking firsts in the 400 and the triple jump to add to his relay first.

Adding first place finishes for Keystone were Caleb Nellis in the javelin and Owen Easton in the pole vault.

Allen Johnston was a triple-winner for the Bobcats taking firsts in the 100 and the triple jump while running a leg on the winning 400-relay joining Dawson Hotchkiss, Noah Nasser and Gus Trougott.

Hotchkiss was a double-winner for North Clarion posting a win in the 200 while Kaine McFarland and Owen Shaffer won the 3,200 and the high jump, respectively.

SENECA - Redbank Valley's Joseph Mansfield won three events to lead the Bulldogs to an 85-64 win over Cranberry in a KSAC dual meet April 28.

Mansfield won the triple jump, high jump and ran a leg on the winning 400-relay.

Nick Moore and Cam Wagner each had two wins for Redbank Valley with Moore running legs on both the winning 400-relay and 1,600-relay while Wagner won the shot put and the discus.

Landon Chalmers added a sixth place finish for the Falcons in the discus.

TIONESTA - North Clarion's Madison McFarland blasted two home runs, legged out a triple and knocked in 11 runs to help lead the Fires to a 19-9, five-inning win over visiting Union in a KSAC tilt April 28.

McFarland also had a single and scored four runs.

Maggie Boheme and Natalie Meyers each smashed a double and a single for the Fires while Emma McFarland and Jess Wagner each singled twice with Emma McFarland also knocking in a run.

Meyers was the winning pitcher for the Wolves pitching all six innings allowing nine runs (two earned) on five hits with four walks and three strikeouts.

Slaugenhoup allowed just two hits and one walk while striking out three.

Slaugenhoup also powered the Clarion offense logging a pair of hits including a double while also pushing home a run. Tanner Miller also had a single for Clarion.

Ryan Cooper and Lane Bauer each had a single for the Falcons.

Broc Weigle took the loss on the mound for A-C Valley allowing two runs (none earned) on three hits and two walks while striking out 14.

TIONESTA - Union's Karter Vogle ripped a home run and two doubles and knocked in three runs to help the visiting Golden Knights to a 10-5 win over Forest Area in KSAC play April 28.

Christian Rodgers and Trey Fleming each posted two singles for Union while Brock Jordan, Carter Terwint, Reice Saylor and Doug Huffman each had a single for the Golden Knights.

Colton Kuntz had a three-run double for the Fires while Matt Schmader had a double and a single. Josh Daum followed with two singles for Forest Area while Aiden Hartle had a single.