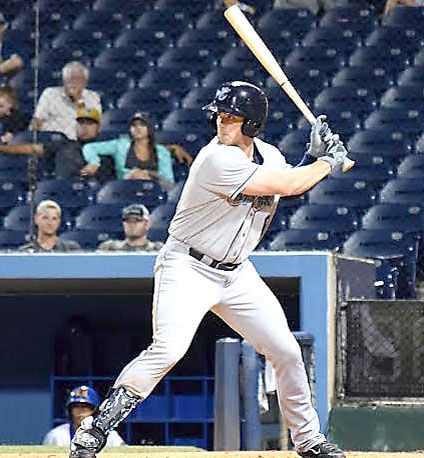 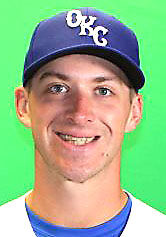 SANTA FE, TEXAS - Shippenville's Jon Kemmer was drafted by the Houston Astros in the 21st round of the 2013 Major League Baseball June amateur draft. He received the news while taking batting practice with his dad, Ed, in the cages of Clarion's Paul A. Weaver Park.

"The fact that I got drafted at Paul A. Weaver Park, in the batting cages when I got that call, that was super," relayed Kemmer. "All that hard work with my dad, hours upon hours in that cage, paid off. It was something I always dreamed about."

Kemmer has played professional baseball every summer since. That is until this year, having decided to officially announce his retirement as a player in late June.

Said Kemmer, "It started when COVID hit last year. I played down in Sugar Land, Texas (with the Eastern Reyes del Tigre of the independent Constellation Energy League) and it felt like a job to me. That's when I told myself if it ever felt like a job and it stopped being a little bit of fun, I would find something else.'

"I've battled my entire life to get to that big league dream. To stay as long as I played in the minor leagues with being a lower round pick I can say that I gave everything I had to professional baseball. I really have no regrets, not one regret at all."

Upon signing with Houston early in the summer after the draft, Kemmer started his professional career in Low-A with the Tri-City Valley Cats of the New York-Penn League. He homered in his first professional at bat with the Valley Cats. Kemmer ultimately went 4-4 in that first contest and was named player-of-the-game.

"I was nervous like you wouldn't believe. I was playing with guys from Vanderbilt, Florida, LSU. I showed myself that I belonged," noted Kemmer.

"I didn't think I belonged till then. After getting player-of-the game I just kind of showed myself 'hey, maybe I do belong, maybe I can do this.' That was something that really meant a lot to me and I'll never forget that game for the rest of my life."

From Tri-City Kemmer began moving up the ranks in the Astros' minor league system. He started 2014 in Iowa with the Quad City River Bandits (A) of the Midwest League before finishing the season with the California League's Lancaster Jethawks (High-A).

Observed Kemmer, "I had a lot of fun in 2014 when I got called up to High-A. Lance McCullers, Josh Hader, Joe Musgrove, Vincent Velasquez were on that team, all guys that are in the big leagues now. We came to the field every day expecting to win, it was just that kind of team. The team ended up winning the league championship that year."

Kemmer was promoted to Class AA in 2015, spending the season with the Texas League's Corpus Christi Hooks. He considered that season, during which he hit .327 with 18 home runs and 65 RBI, one of his best.

"I started that year on the inactive list. You're on the team and practice, but you don't suit up. I worked my way onto the team and into the line-up," said Kemmer. "All that work paid off and I ended up winning the league batting title and won the team MVP (most valuable player)."

From Corpus Christi, Kemmer advanced to Class AAA Fresno of the Pacific Coast League, roaming the Grizzlies' outfield from 2016-2018.

Kemmer put together one of his best statistical years in 2017, hitting .299 while rapping 16 homers and driving in 69. Unfortunately his season ended after 87 games, the result of a broken hand after being hit by a pitch. Herein lies one of Kemmer's biggest disappointments, a significant "what if."

Conveyed Kemmer, "I was having the best year of my career going into the final month of the season and I broke my hand. After I broke my hand, about four days later, Jake Marisnick (an outfielder with the Astros) tore a ligament in his thumb. They went outside the organization to sign a free agent outfielder. That was probably my chance to get called up (to the major leagues) and possibly win a World Series ring."

Midway through the 2018 season, Kemmer was traded by Houston to the Minnesota Twins, who assigned him to their AAA affiliate in Rochester (the Red Wings of the International League). Kemmer started the next season playing in the Mexican Professional League (Generales de Durango) before signing with the Los Angeles Dodgers and being sent to their Class AAA team in Oklahoma City (the International League's Dodgers).

He spent the winter of 2019-2020 in the Mexican Pacific Winter League, playing for the Charros de Jalisco and then the Algodoneres de Guasave. This past winter Kemmer played for the Aguilas Cibaenas of the Dominican Winter League.

"That was a lot of fun playing in the Dominican Republic. I got to play with Melky Cabrera, Juan Lagares (both former major leaguers); a couple of the guys I kind of watched when I was younger, growing up. To be able to play with those guys, it was kind of a dream come true," said Kemmer.

Having had countless teammates, several who have donned major league uniforms, Kemmer singles out two for special mention: Carlos Correa, the 2015 American League Rookie of the Year and two-time All-Star for the Astros, and Mike Hauschild, who has pitched for the Astros, Texas Rangers, Toronto Blue Jays, and St. Louis Cardinals and is currently with the Chicago Cubs.

Contributed Kemmer, "It was really fun watching Correa play; like watching the Little League World Series and seeing that one 12-year-old dominating everyone. He was very knowledgeable (about baseball). Even though I was older than him, I'd still ask him questions.

"Hauschild was my roommate in AAA for three years. He helped me, like hey I'm seeing this' (when Kemmer was batting). When he was pitching, I'd be I'm seeing this, what do you think." We just worked well together."

Kemmer is currently in Santa Fe, Texas (about 30-40 minutes outside Houston), living and working on a hunting ranch while also providing hitting instruction to area youth. He considers himself, in many respects, living the dream.

"That's two things I love in life, hunting and baseball. I get to do it every day," he enthused. "It's always been a dream of mine to be a hunter and all that kind of stuff. And I'm also giving a lot of private (hitting) lessons right now outside of Houston, giving back to kids' stuff I've learned throughout the years.

"I've got a pretty darn good gig going right now. It's made it a lot easier to retire."

Of all the people Kemmer credits for his success his father is first and foremost on the list.

Revealed Kemmer, "My dad was always the one in my corner. If I had a bad ball game, I'd call him at midnight, two o'clock in the morning. He would send me inspirational quotes. I'd bounce ideas off of him. He could tell me over the phone exactly what I might be doing wrong. He knew my swing better than I did.

"Throughout the whole journey, it made me feel good to have him in my corner every step of the way."

Kemmer also appreciated the opportunity to play provided by his manager at Clarion Area High School, Lee Weber and then assistant coach Rob Jewett (Weber and Jewett have since switched positions as Jewett has been the Bobcats manager since 2013 while Weber has been Jewett's assistant for the entire time he has been manager). In addition, he expressed appreciation to the Clarion community for its support.

"All the support I've gotten throughout the years (from the community) and everything like that made a lot of it worthwhile. Getting those messages on Facebook, text messages, phone calls. The support I received meant a lot. Coming from a small town and being able to go back to that town, people never treated me any differently and I'm really thankful for that," observed Kemmer.

In summarizing his career, Kemmer said, "I probably wasn't the most talented, the most gifted. One thing I always prided myself on was being the hardest worker. I try to instill that in a lot of the kids I work with; it's not always God-given talent, you have to push yourself to get to the next level."