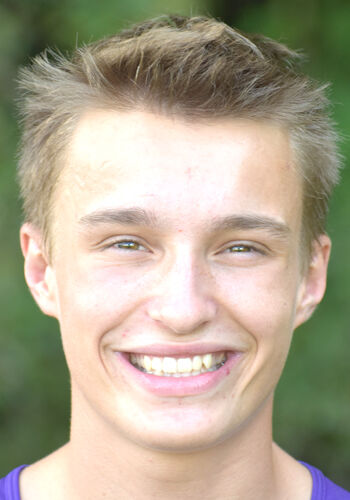 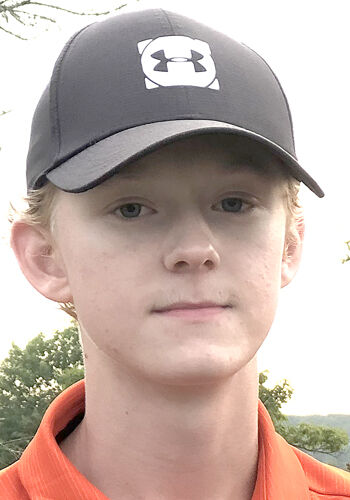 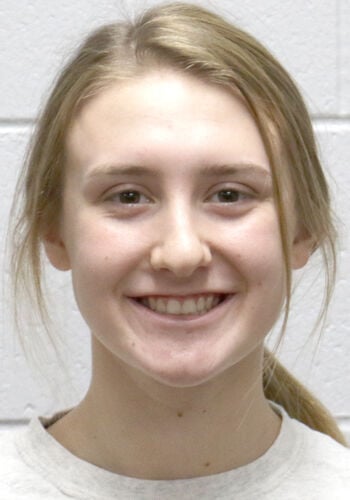 Kaine McFarland led the way for North Clarion finishing first overall with a time of 19:17.

The Wolves' Aiden Thomas finished second followed by Gabriel Fair in third and Dane Sliker in fourth. North Clarion's Braden Custer finished seventh to round out the top ten for North Clarion.

Clarion which only had three runners was paced by Ryan Alston's fifth place finish. The Bobcats' Ben Lambert was sixth followed by Owen Wilson in ninth.

PAINT TWP. North Clarion's Brynn Siegel finished first with a time of 22:07 in a KSAC dual meet at Clarion.

Clarion did not have any varsity runners competing in the event.

Samantha Heller led the Panthers with an eighth place finish while Keystone's Viola Viollori was ninth and Noelle Booth was 10th. Keystone's Karen Hileman was 11th and Carly Smith was 13th.

FOXBURG Clarion's Kam Kerle shot a 41 to earn medalist honors and helped pace the Bobcats to a team win at the sixth Megamatch of the season held at Foxburg Country Club Sept. 13.

Clarion-Limestone finished fourth in the team standings with Brady Fowkes shooting a 49 while Rylie Klingensmith and Nick Aaron shot a 51 and 52, respectively.

Keystone finished fifth overall with Tanner Vickers and Tyler Weaver each shooting a 50.

Forest Area's Keyon Custer finished in seventh place with a 44 while Zeelan Hargenrader carded a 46.

FOXBURG Moniteau had the top three golfers as the warriors won the KSAC Megamatch at Foxburg Sept. 14.

A-C Valley/Union's Evie Bliss shot a 60 while her teammate Cora Weigle shot a 77.

Molly Ellenberger led Keystone with a 67 while Paige Matthews shot a 74.

Alyssa Weaver chimed in with 15 assists and 14 points with three aces for Keystone while Emma Gruber made 14 digs at libero.

The Panthers were without four starters due to COVID-19 issues.

Kendal Dunn had 25 assists for C-L.

Taylor Ripple had four kills and two blocks for Redbank Valley while Caylen Rearick and Abby Young had 23 and 10 digs, respectively. The Bulldogs' Lilly Shaffer passed out 15 assists.

Bell and Exley both had eight kills with Bell also serving for nine points.

Kennedy Kaye served for 11 points with five aces while making eight digs for Keystone while Alyssa Weaver dished out 12 assists.

Vogle also had 13 digs while Hailey Kriebel and Dominika Logue each had 10 kills each with Kriebel serving for five aces while Logue had 10 digs and four aces.

Keira Copley had 12 assists for Union.

KARNS CITY Karns City built a 3-0 lead in the second half and held on for a 3-1 win over visiting Clarion-Limestone Sept. 13.

NEW BETHLEHEM Visiting Brookville netted two first half goals on the way to a 2-1 win over Redbank Valley Sept. 13.

Alexandra Shoemaker had the Bulldogs only goal off an assist from Ember Hetrick.

Addressing and improving health disparities begins with you

Got a case of winter doldrums? Yoga and meditation can help.

Boost Your Health In The New Year: Four Reasons To Get A COVID-19 Vaccine Booster

Fight Stress During Uncertain Times by Volunteering in Your Community

Tools and Strategies to Help Your Student Learn From Anywhere

Have Your 2022 Resolutions Faded? 5 Tools to Jumpstart Them

Ask HR: How to make the most of the current job market

How to refresh your remote work routine for the new year