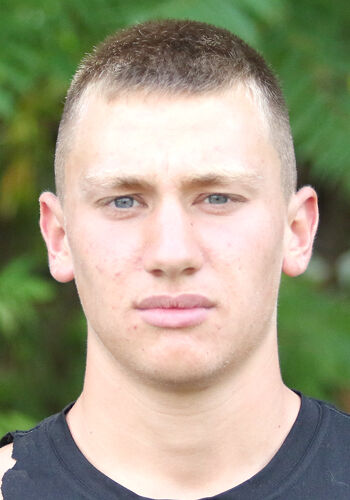 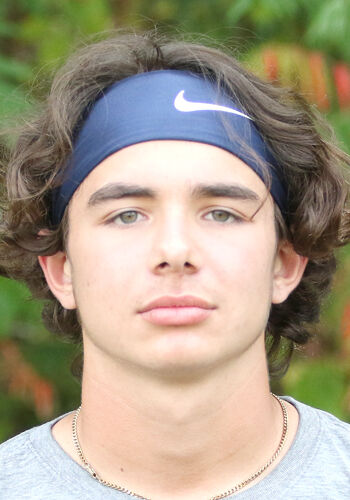 Central Clarion's football program may be in its infancy but it gave its fanbase a game to remember Friday night (Oct. 9) at Karns City.

The Wildcats trailed the Gremlins 35-15 heading into the fourth quarter before reeling off 28 straight points to take a 43-35 lead and the Central Clarion defense stopped a potential game-tying two-point conversion try by Karns City with no time left to preserve a 43-41 win.

Ethan Burford's 50-yard interception return gave Central Clarion the 43-35 lead with 1:28 to play and Karns City having no timeouts to work with.

The Gremlins (3-2 overall) began their final drive at their own 27. Nine plays later quarterback Eric Booher found Nathan Waltman for a 15-yard touchdown with no time left on the clock after stretching the ball over the goal line. Trailing 43-41 the Gremlins needed to go for two to tie and try to send the game to overtime. Jayce Anderson took the hand off and what seemed like the entire Wildcats defense was on him pushing to keep him out of the end zone and when the whistles blew, he was short of paydirt giving Central Clarion the victory.

"I think the whole team made the tackle on that two-point play," said Central Clarion co-head coach Davey Eggleton. "Ironically that play had killed us all night. It was a misdirection cross trap play. I'll have to look at the film to see who hit him first, but we had three or four guys driving to keep him out of the end zone."

Eggleton took over the head coaching duties as Larry Wiser missed the game due to an illness.

For thee-plus quarters it didn't look as though Central Clarion had a chance as they were trailing 35-15 through three quarters.

The rally began at the 10:33 mark of the fourth quarter when Christian Simko held onto a 12-yard touchdown pass from Cal German after getting hit very hard on the play. Beau Verdill made the extra-point kick which cut the Karns City lead to 35-22.

That play energized the Wildcat defense as Hunter Craddock would recover a fumble at the Gremlins' 23-yard line just two plays later.

After Cutter Boggess was stopped for no gain on first down, German connected with Burford on a 23-yard touchdown pass. Verdill made the PAT kick to further trim the lead to 35-29 with 9:04 left.

"I can't say enough about how our kids responded after halftime," said Eggleton. "To go down like we did usually kids are hanging their heads, but they came out and responded. I think that hit Christian took gave us a real spark because it seemed like it was a helmet to helmet hit, but I really couldn't see it from my angle. For him to hold onto the ball really got our guys going."

The Central Clarion (4-1 overall) defense continued their strong play forcing a three and out. A short punt then set the Wildcats up at the Gremlins 47-yard line. Three plays later Breckin Rex broke free for a 36-yard touchdown run. Verdill made the PAT kick which gave Central Clarion its first lead of the game at 36-35 with 6:05 to play in the contest.

Karns City moved the ball from its own 20 to the 48-yard line but were stopped on downs turning the ball over the Central Clarion.

The Wildcats attempted to take time off the clock, but Karns City called all three of their timeouts during the series and the Wildcats were forced to punt. Vercill pinned the Gremlins at the 11 after the punt.

Three plays later, Burford picked off a Booher pass and danced around a couple players near the end zone before scoring. Verdill tacked on the PAT for the 43-35 lead with 1:28 to play.

Karns City jumped out to a 14-0 lead with a 40-yard run by Kaden Scherer and an Eric Booher 24-yard run. Owen Colwell added the PAT after both scores.

Central Clarion got on the scoreboard with 2:31 left in the first when Cutter Boggess hauled in a 24-yard pass from German to cut the lead to 14-7 after one.

Jayce Anderson scored the first of his three touchdowns on the first play of the second quarter on an eight-yard run to extend the lead to 21-7 following Colwell's PAT.

Simko caught a four-yard pass from German for a score. The snap was high on the PAT kick, and Simko rolled out and found Breckin Rex for the two-point conversion to cut the lead to 21-15 with 8:14 to play in the half.

"I told our kids at halftime that we'd make that two-point conversion that we made count," said Eggleton. That was a great play by both Christian and Breckin on that play."

Anderson then caught a 32-yard touchdown pass from Booher to push the Gremlins' lead to 28-15 at halftime.

A 16-yard run by Anderson would turn out to be the only points of the third quarter which pushed the Karns City advantage to 35-15 at the 3:44 mark.

"Coach (Dave) Louder made a few adjustments at halftime for our defense but our kids just went out and responded," said Eggleton. "The kids just stepped up and started making some plays for us."

Cal German completed 19-of-41 passes for 276 yards with three touchdowns and one interception. He went over the 4,000-yard mark for his career in the game. He needed 180 yards passing coming into the game.

"I can't say enough about Cal," said Eggleton. "I am his biggest critic and I get on him a lot through the week in practice, but he just keeps wanting to go out and do better each week. He is a really special kid to coach."

Burford also became the all-time receiving yardage leader for Clarion surpassing Cody Hearst with 2,069 yards. He needed just two yards going into the game to reach the mark as Hearst had 2,021 yards while Burford had entered the contest at 2,019 yards.

Booher and Cole Coon each rushed for 85 yards to lead Karns City. The Gremlins totaled 266 yards on the ground for the game.

Booher completed 13-of-23 passes for 210 yards with two touchdowns and one interception.

Scherer caught three passes for 64 yards to lead the way.

Central Clarion will travel to Punxsutawney next Friday before getting ready for the playoffs the following week.

"We have a big game next week and then we get ready for the playoffs," said Eggleton. "Not just to win here, but the way we did it is huge for these kids to try and carry that momentum forward."