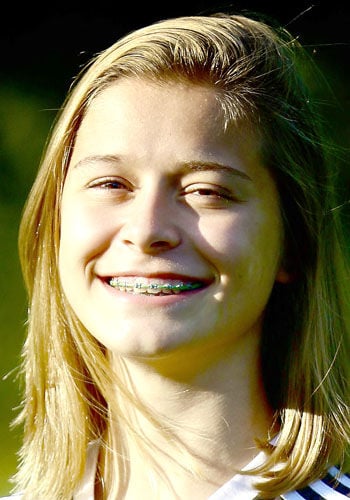 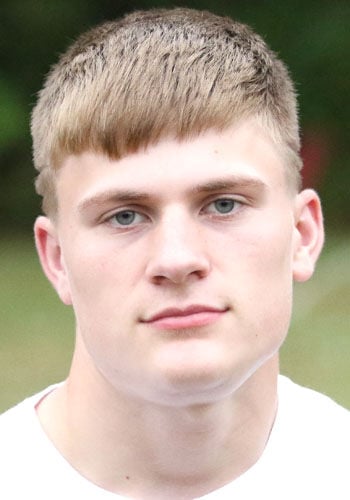 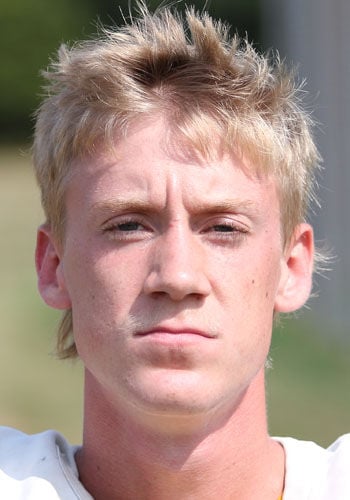 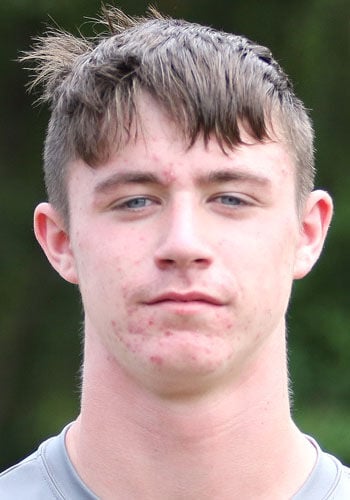 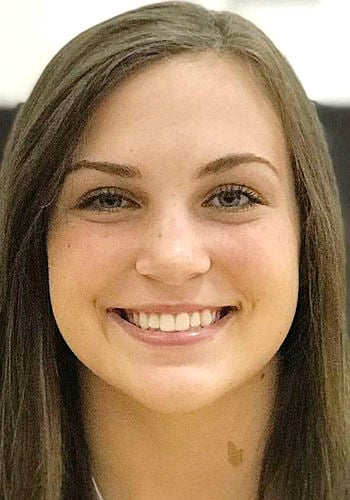 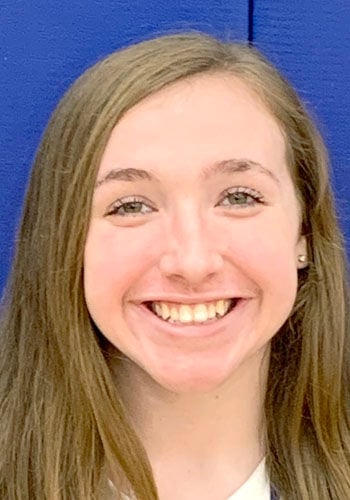 RIMERSBURG - North Clarion's Evelyn Lerch was a quadruple-winner as she helped the visiting Wolves to a 102.5-45.5 win over Union in a KSAC track and field dual meet April 7.

Lerch won the 100, 200 and 400 while also teaming with Bella Scott, Trinity Thompson and Jordyn Hendrickson to win the 1,600-relay.

Scott won three events for North Clarion as she and Thompson joined Brynn Siegel and Rachel Bauer to win the 3,200-relay while Scott picked up a win in the 800.

Brooke Kessler and Emma Smith each added a pair of wins for the Lions with Kessler joining Lauren Hartle, Maya Shook and Gracie Dunkle on the winning 400-relay while winning the 100 while Smith won the 110-hurdles and pole vault.

Cara Runyan added a win in the discus for C-L while Ruby Smith won the javelin and the 3,200-relay team of Rorie Daugherty, Tori Beichner, Gwen Yates and Jess McCracken was victorious.

Paige Klingler and Baylee Blauser paced the Falcons with each totaling three wins. Klingler and Blauser joined Mia Sherman, Daniella Farkas on the winning 1,600 relay with Klingler winning the 200 and high jump while Blauser won the long jump and triple jump.

Farkas finished as a double-winner for A-C Valley taking first in the 400 while Drew Whitcomb won the 300-hurdles.

KNOX - Visiting Redbank Valley won all but four events as the Bulldogs barreled past Keystone 102-43 in a KSAC dual meet April 7.

Aaron Bashline added two wins for the Falcons taking first in both the 100- and 300-hurdles. Jay Clover added a win in the shot put for the Falcons while Landon Chalmers won the discus.

Braden Rankin was a quadruple winner for C-L taking first in the 1,600 and 3,200 joining Cody Whitling, Ty Rankin and Keidon Smith on the 3,200-relay while teaming with Smith, Logan Leadbetter and Anthony Slike.

Young was victorious in the 800 and discus and teamed with Aidan Thomas, Gavin Hoover and Kaine McFarland on the winning 3,200-relay.

Hoover, Allen Johnston and Dawson Hotchkiss were double-winners for the Wolves with Hoover taking first in the 3,200 while Johnston and Hotchkiss joined winning 400-relay with Noah Nasser and Gus Trougott with Johnston winning the 100 and Hotchkiss taking the 200.

Parker Evans added a win in the pole vault for North Clarion.

Union had four double-winners with Doug Huffman winning the 110- and 300-hurdles, Payton Johnston winning the 1,600 and triple jump, Hayden Smith winning the long jump and high jump, Dawson Camper winning the shot put and javelin. Sam Morganti added a win in the 400 for the Golden Damsels while Union's 400-relay team was also victorious.

KNOX - The Keystone and Redbank Valley boys' track and field team ended up with a 75-75 tie in a KSAC dual meet April 7.

Bret Wingard and Logan Sell were double-winners for the Panthers with Wingard winning the 110-hurdles and 400 while Sell won the 300-hurdles and the 200.

Cam Wagner led the Bulldogs with wins in the shot put and discus.

Jimmy Gundlach added a pair of singles and two RBIs for the Bulldogs while Hudson Martz posted a triple and a single and scored a pair of runs.

Wagner and Ty Carrier combined to allow three hits for the Bulldogs. Wagner worked the first four innings allowing three hits and a walk while striking out seven while Carrier worked an inning of relief and recorded a pair of strikeouts.

Christian Rodgers had two hits for the Golden Knights.

No additional details were available when this issue went to press.

BUTLER - Moniteau's Branson Carson allowed just two hits and four walks while striking out 11 in four innings of work to help the Warriors to a 10-0, six inning win over A-C Valley at Michelle Krill Field at Historic Pullman Park in Butler April 8.

Lane Bauer had a pair of singles for the Falcons.

SENECA - Clarion's Cole Slaugenhoup had four hits including a two-run home run and piled up five RBIs to lead the visiting Bobcats to a 12-1, six-inning win over Cranberry in KSAC play April 7.

Ryan Alston added three singles and a pair of RBIs for the Bobcats while Dawson Smail registered a pair of hits including a double and knocked in a pair of runs.

Alston got the win on the mound allowing one unearned run on four hits with two walks and four strikeouts in five innings of work.

EMLENTON - Keystone's Aiden Sell clubbed a home run to help the visiting Panthers to a 4-1 win over A-C Valley in KSAC play April 6.

Seth Apel added a double and an RBI for Keystone while Tye Elder and Logan Sell each had an RBI with Elder recording a single.

Elder got the win on the mound pitching five innings allowing one earned run on six hits with four walks while striking out nine. Nate Gutonski pitched two innings of hitless relief striking out four.

Broc Weigle had a pair of singles for the Falcons while Ryan Cooper had a single and an RBI.

Before the game, A-C Valley retired the jersey of former assistant coach David "Doc" Middleton who passed away in October of 2020. Middleton was a part of the A-C Valley athletic community for the better part of 50 years.

ALCOLA - Redbank Valley's Kobe Bonanno posted a home run and a single and had three RBIs to help the Bulldogs to a 6-4 win over visiting Karns City in a KSAC tilt April 6.

Hudson Martz and Bryson Bain each had a solo home run for Redbank Valley while Jimmy Gundlach had three hits including a double.

Bain picked up the win on the mound allowing two earned runs on five hits and a walk and striking out six in four innings of work.

Martz worked two innings of relief allowing two earned runs on three hits and two walks with one strike out. Minich got the save allowing one hit while striking out two in one inning.

RIMERSBURG - The Moniteau pitching duo of Brock Matthews and Ray Dean held Union to two runs (one earned) on four hits as the visiting Warriors downed the Golden Knights 13-2 in KSAC play April 6.

Karter Vogle and Brock Jordan each knocked in a run for Union.

PAINT TWP. - Visiting Franklin rallied from a seven run deficit by scoring 15 runs in the final three innings to down Clarion 17-12 in non-conference play April 10.

Dawson Smail led the Bobcats with four hits including three doubles while knocking in two runs.

Cole Slaugenhoup added three hits including a double with two RBIs for Clarion while Cam Lapinto logged a three-run single. Hunter Craddock and Devon Lauer each had a hit with Craddock's being a double.

MT. JEWETT - The Kane pitching duo of Andrew Jekielek and Bobby Rumcik combined to toss a one-hitter as the Wolves downed visiting Union 12-2 in six innings in a non-conference tilt April 7.

Gabby Dinger also had three hits for Redbank Valley including a double.

WEST SUNBURY - Moniteau rallied for two runs in the bottom of the sixth to take an 8-7 win over visiting A-C Valley in KSAC play April 8.

Kenzie Parks paced the Falcons with a 4-for-4 day belting a home run and two doubles and three RBIs.

Brogan Armagost added a three-run for A-C Valley while Baylee Blauser recorded a double and Meah Ielase posted a single.

Natalie Bowser and Rachel Jack each had three hits for the Panthers with Bowser ripping a double.

CLARION TWP. - Clarion rallied from a 10-6 deficit by scoring five runs in the sixth and seventh innings to down homestanding Clarion-Limestone 11-10 in KSAC play April 6.

Jordan Best socked a home run and had a single while piling up three RBIs for Clarion as Kylee Beers had two hits including a double and three RBIs.

Best also tagged out the potential tying run Frances Milliron in the bottom of the seventh when Milliron attempted to score on an infield hit by Kendall Dunn. Simko fielded Dunn's hit and fired a strike home to Best who tagged out Milliron at the plate.

Abby Himes had three hits including a triple and an RBI for C-L while Kendall Dunn posted a double, triple and single and three RBIs. Regan Husted added three singles for the Lions while Abby Knapp had two hits and two RBIs and Alyssa Wiant had two singles.

Meah Ielase had two hits including a double and an RBI for the Falcons while Baylee Blauser recorded two singles and knocked in two runs.

Natalie Bowser had a double for the Panthers.

Teja Hageter and Trinity Weckerly each had a single for the Bulldogs.

NEW BETHLEHEM - Visiting Marion Center ripped out to a 6-2 lead after one inning and cruised to a 12-2 win over Redbank Valley in non-conference play April 7.

Gabby Dinger had three hits for the Bulldogs while Teja Hageter had an RBI double. Brynn Rearick added an RBI single for Redbank Valley,

KARNS CITY - Karns City plated five runs in the bottom of the first on the way to a 10-1 win over visiting A-C Valley in KSAC play April 10.

Lexi Bauer had a double for the Falcons while Brogan Armagost, Kenzie Parks and Meah Ielase each recorded a single.