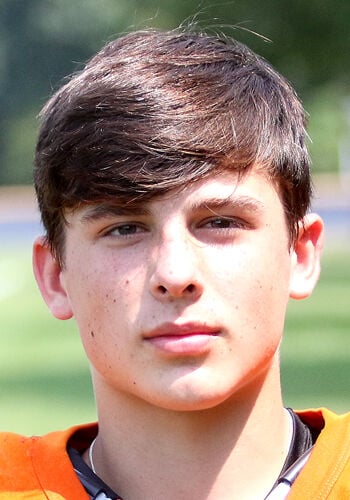 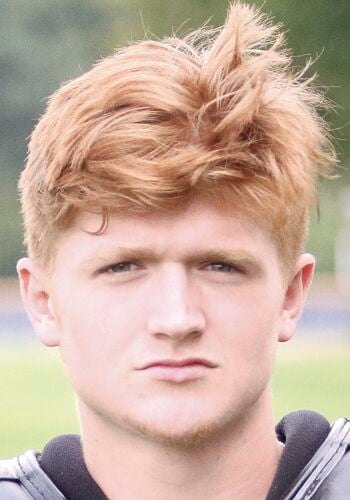 The Wildcats' defense helped assuage the Central Clarion turnover bug by limiting the Elkers to just 30 yards rushing for the game.

"Coach Louder and the rest of our coaches do a good job preparing our defense each week," said Central Clarion head coach Davey Eggleton. "Ridgway gives you a lot of different looks and our guys did a good job of recognizing some of that and we were able to limit their big plays."

After forcing the first of six punts for Ridgway on the opening drive of the game, the Wildcats took over at their own 22.

Eight plays later --with seven of the plays coming on the ground -- Ferguson scored on a 12-yard run. Charlie Franchino made the PAT kick for a 7-0 lead at the 7:03 mark of the quarter.

The Elkers gained their initial first down of the game on the ensuing drive but Ridgway still ended up punting the ball back to the Wildcats.

The first of Central Clarion's five lost fumbles turned out to be costly as Domenic Allegretto picked up the fumble and raced 55 yards for a touchdown. The PAT kick was blocked keeping Central Clarion on top 7-6 with 2:32 to play in the first.

Central Clarion (2-4 overall) took just three plays to respond. After Breckin Rex gained seven yards on first down, the Wildcats lost seven yards when Ferguson recovered a fumble. Ferguson then connected with Ashton Rex on a 70-yard touchdown pass. Franchino made the PAT kick for a 14-6 lead after one quarter.

Central Clarion had a hard time mustering much offense in the second quarter as the Wildcats lost three fumbled while punting on their other two possessions of the quarter.

However, even with all of the Wildcats' miscues Ridgway could only muster one score in the quarter at the 2:31 mark of the quarter when quarterback Jonathan Hinton connected with Cam Marciniak on a 12-yard touchdown pass. The two also connected on the two-point conversion to tie the game 14-14 at halftime.

"We need to clean those fumbles up moving forward," said Eggleton. "Some of those were just guys fighting for extra yards which is hard to fault guys for. However, we do need to do a better job of holding onto the football moving forward."

Ridgway attempted a 35-yard field goal at the end of the half that sailed wide right.

Central Clarion took the opening kickoff of the second half to take the lead for good. A four-play drive that would be capped off by a 38-yard touchdown pass from Ferguson to Christian Simko. Franchino made the PAT kick for a 21-14 lead at the 10:07 mark of the quarter.

Ridgway would drive from their own 28 to the Wildcats 35 before being stopped on downs turning the ball back to Central Clarion.

The Wildcats would take advantage using eight plays to drive the 65 yards with Ferguson and Simko connecting on their second score of the evening, this time coming from 21 yards out. The kick failed which left the score 27-14 with 3:20 left in the quarter.

Ridgway would use the rest of the quarter and first minute of the fourth quarter to drive from their own 44 to the Central Clarion 11-yard line before being stopped on downs.

Central Clarion would drive from their own 11 to the Ridgway six on a 16-play drive taking over eight minutes off the clock. Although the drive ended in another fumble, it severely hampered any Ridgway comeback attempt.

Four plays after his own fumble, Breckin Rex intercepted a Cameron Larkin pass and returned it 20 yards for the final touchdown of the game with just 16 seconds left in the contest to set the final score.

"We showed Breckin some things on film and he was a much better runner tonight," said Eggleton. "I have to give our O-line credit for a lot of that as well because they were opening holes for our guys all night."

Ferguson completed 7-of-12 passes for 196 yards with three touchdowns and no interceptions.

"I keep telling our guys that I think we turned a corner in the second half of the St. Mary's game," said Eggleton. "If we keep playing like we've been and clean up the fumbles I think we can be very competitive the rest of the way."

Local tracks wave the checkers on 2021

Wow, what a weekend of racing to complete the 2021 season. Lernerville Speedway held their Steel City Stampede which featured 10 different divisions plus a 100-lap Enduro. The event took place over three days as Thursday night was practice for all drivers in all the divisions.

NEW BETHLEHEM - If there has been one constant in the District 9 Small School field over the past six weeks, it has been the Redbank Valley football team beating the stuffing out of all comers.

Even though it doesn't seem possible, we are entering the final weekend of the 2021 racing season.

Hats off to the Falcon Knights

KNOX - If there is one thing that can be said about the 2021 edition of Union/A-C Valley football team is the Falcon Knights are a resilient bunch.

CLARION - Football coaches repeatedly say there are no such things as "moral victories" but that doesn't mean a team can't learn and grow from a loss.

We have been experiencing some beautiful fall temperatures in the past couple of weeks and these temperatures help the race car drivers that have to put on those triple layer fire suits and helmets. Local tracks are also starting to host special events and winding down their respective 2021 …

BRADFORD - The Clarion golfing trio of Kameron Kerle, McKayla Kerle and Devon Lauer each broke 85 to lead the Bobcats to the District 9 Class 2A boys' golf team title at the Pennhills Club in Bradford.

RIMERSBURG - It’s quite an accomplishment when a high school football team can pack an entire game’s worth of offensive and defensive stats into one half of football but Union/A-C Valley did just such a thing Friday night.

All systems go... for now

Fall is officially here. I love this time of the year when the weather turns cooler and the leaves change colors.

Summer is quickly coming to a close and like anything summer related auto racing is slowing down somewhat but there was still racing to be had.

COVID-19 keeps rearing its ugly head and with every shake of its noggin there seems to be another high school football game canceled.

Falcon Knights get well in a hurry

Falcon Knights get well in a hurry

STRATTANVILLE - Blaise Fleisher, son of Rob and Lynne Fleisher of Strattanville, has concluded a great ATV motocross season by winning the 2021 McElwain's Gold Cup Summer Series of Motocross in the 90cc Class.

Not as smart as I thought

Not as smart as I thought

School is back in and life returns to a routine of regimented homework, practices and etc that control our lives. However, even though Labor Day weekend usually means summer is winding down there is still a lot racing to take place between now and the end of October. I hope to keep you updat…

Return of the Panthers

KNOX - On paper, all signs pointed to the experienced defending District 9 Class A champion Redbank Valley football team beginning their journey to a second league and district title in grand fashion but this is the digital age.

Rapp keeps on winning at Mercer

Rapp keeps on winning at Mercer

Rapp makes it back-to-back at Mercer

What a weekend we had. I don't know about you guys but I can sure tell I am getting older. We used to be able to run all weekend and go all week, but time has a way of slowing you down some. We had quite a busy weekend and I am now just catching up, but the racing was great everywhere we wen…

CLARION - An induction that was delayed since April 24 of 2020, the Clarion University Sports Hall of Fame Committee announced seven new members will be "officially" inducted on Friday, September 3, 2021. The new inductees include Norbert A. Baschnagel (1975-82 assistant men's basketball coa…

Dunlap earns CHAMP Student Athlete of the Year for 2020-21

CLARION - Clarion Rehab Services would like to announce the 2020-2021 CHAMP (Clarion Hospital Athletic Medicine Program) Student-Athlete of the Year. This year's recipient is Maddie Dunlap from Keystone High School. This award is based on three criteria: academic achievement and success, ath…

Thrills and spills at the Clarion County Fair Demo Derby

How one hospital is overcoming disparities in pancreatic cancer care