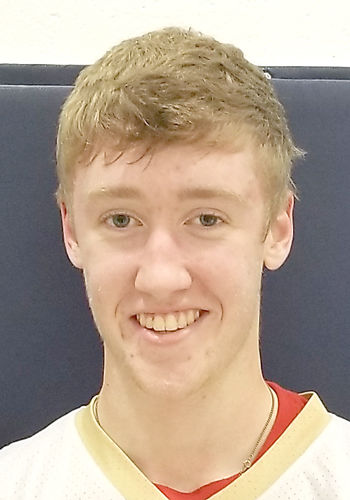 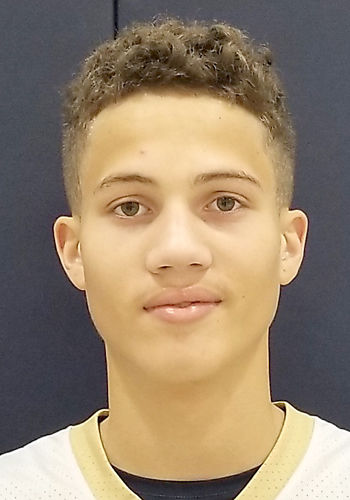 With the new format of the KSAC this season Clarion-Limestone and Clarion are in different divisions, but that doesn't mean the teams aren't still rivals.

On Monday evening (Jan. 13), C-L's Hayden Callen had a huge night with a double-double of 28 points and 11 rebounds to lead the Lions to a 67-43 victory over the visiting Bobcats.

Deion Deas added 18 points and also was a key defensive player on Clarion's Cal German in the second half.

Curvin Goheen chipped in with nine points for C-L.

"Hayden was in a zone tonight," said C-L head coach Joe Ferguson. "He's tough to defend anyway, but when he's shooting like he did tonight he really makes it tough on our opponents. Deion also did a nice job on defense against Cal once we went to that box and one in the second half."

German paced Clarion Area with 14 points, although he was held to just three points after halftime. Nick Frederick added 13 and Hunter Craddock six.

"They went to a box and one on Cal and we've seen teams do that this season," said Clarion head coach Scott Fox. "Some games we've been able to play well against it and other times we haven't. Tonight was one of those nights where we didn't play well against it. We just weren't as aggressive as I thought we should have been against it. Our guys were taking some questionable shots."

Both teams struggled offensively in the early going with turnovers and missed shots with C-L (10-2 overall) leading just 12-6 after one quarter.

Callen scored eight points and Deas added a 3-pointer to help the Lions begin the second half on a 11-0 run to push the lead to 38-20 midway through the quarter. Frederick stopped the run with a short jumper at the 3:48 mark of the quarter. C-L would go on another big run of 10-3 which pushed the lead to 23 at 48-25 with just over a minute to play in the third.

"We talked at halftime and knew if went to a box and one it might take them out of their rhythm," said Ferguson. "We know Cal is a great player and he's going to get his points. Playing that defense also helped us get into an offensive flow."

A 13-4 run by Clarion from the last minute of the third into the first three minutes of the fourth pulled the Bobcats to within 14 at 52-38. After a C-L timeout, the Lions would take command for good on a pair of short jumpers by Callen and four free throws by Goheen which pushed the lead to 60-38. The Lions finished with a 7-5 edge to set the final score.

"Kaden Park gave us a nice spark tonight," said Ferguson. "He's been injured for much of the season so far and hasn't played a lot. Tonight he played well defensively and also got a couple buckets for us. I think his play really picked up the play of our other guys as well."

When asked about how his team needs to regroup after the game Fox said, "We have a couple more games this week against Union and North Clarion. We have to put this one behind us. We're still trying to make the playoffs and we need to win some games here down the stretch."

The game featured the first time Ferguson and Fox who was the assistant at C-L the past eight seasons have coached against one another.

"Even though we're in different divisions now it was still a big win for us," said Ferguson. "It was fun coaching against Scott whom I've mentored over the past eight seasons. He's done a good job and they have some good players. Things were just going our way tonight.

"It was fun in the first half coaching against Joe, but, once (C-L) started to pull away it reminded me of how it felt when I was on the other side."

The Lions also won the junior varsity game 50-39 as Bryson Huwar and Nate Megnin each scored 12 for C-L.

Christian Simko scored 20 and Beau Verdill added 14 for the Bobcats.

How to win 'Best Awards Show Party' this year

How physical therapy can help you manage pain

Top indoor fitness trends to stay in shape this winter